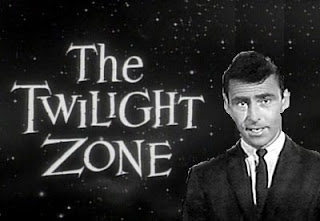 As it is now common knowledge to anyone who does even a shred of self-research (i.e. those in the precious metals community), the FED and the US government at large actively and retroactively engage in what we now call MOPE, Management of Perspective Economics, which to my best knowledge was coined by Mr. Gold himself, Jim Sinclair.
The FED, via the mainstream, or better known now as the lamestream media, continuously fudges reality and changes the facts to fit their mantra and beliefs. The hope is that through this manipulation of the facts, they will create a self-fulfilling prophecy that will gain a life of its own, thus becoming reality.
Typically, one method of MOPE that the government and the FED love to engage in is seasonally adjusting economic figures, which means that they look at the real numbers and simply re-jig them until they better fit their “models”.
Although it is not uncommon to see these figures seasonally adjusted it is also unheard of to see the figures being seasonally adjust twice. That’s right, The US Department of Commerce has officially gone over the deep-end and seasonally adjusted the figures not once, but twice for one season.
Essentially, as previously alluded to, this is simply a sad attempt to take out all the bad economic numbers and figures and make things look much rosier than they actually are. Does this mean that the economic numbers are now correct? Of course not.
The adjustments are so severe that Q1 GDP, which was originally seeing a -1% print, will be double seasonally adjusted to +1.8%! A 2.8% increase!
The reasoning for this unprecedented act of manipulation is clear. The FED is attempting to make the market look better than it actually is, this in a desperate effort to keep the world thinking that economic recovery is alive and well.
If this is the case, then Janet Yellen and her peers that want to see a rate hike in September will get what they are wishing for. After all, it’s hard to justify a rate hike in the face of collapsing GDP numbers and a renewed recession, which if the original numbers are to be believed, then that’s exactly what the US economy is facing.
I’m not alone in this thinking, Peter Shiff of Europac, had the following to say in regards to this extreme act of MOPE:
“We prefer the ability to manipulate figures rather than allowing the figures to tell us things that we don’t want to hear.
The real disconnect lies in the failure of the economy to grow, as most people assumed that it would, after the Fed’s quantitative easing and zero interest rates had supposedly worked their magic. But as I have said many times before, these policies act more as economic depressants than they do as stimulants. As long as these monetary policies persist, our economy will never return to the growth rates that would be considered healthy.”
The question is, what happens next? Will the FED be able to continue to manipulate the figures moving forward? Will they get the rate hike they are hoping for in Septemeber? Or will the economy continue to slow down and the FED be forced to change their mind?
Common sense tells you that a rate hike should be held off, unless the FED plans on completely crashing the economy, even though that is what is needed. Yet, if I’ve learned anything in all my years of following the FED, it’s that common sense is in short supply.
Research Report
analyst ratings
blogger opinions
investor sentiment
news sentiment
analyst ratings
insider activity
hedge funds
stats charts
You May Also Like