Is Urban Outfitters, Inc. (URBN) About to Turn the Corner on its PR nightmare?

Six months ago Urban Outfitters, Inc. (NASDAQ:URBN) missed the Estimize earnings consensus for the third quarter in a row. The retailer was marred by controversy after showing several highly distasteful products including a Kent State sweatshirt which appeared to be covered with a blood splatter. 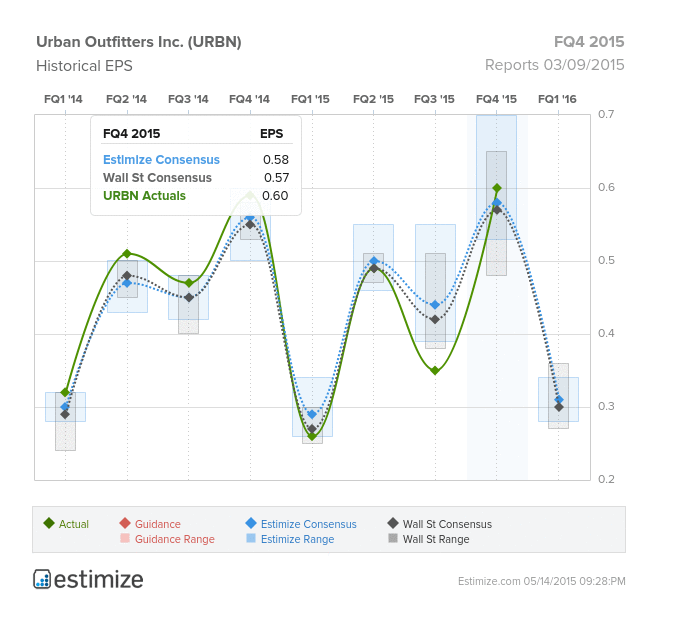 Urban Outfitters proved the crowd at Estimize wrong, putting its PR disasters behind it and reporting a pretty solid quarter. Earnings came in at 60 cents per share, a 2% increase year over year. Revenue clocked in at $1.01 billion marking a 12% gain.

Last quarter Urban Outfitters finally showed signs of life. Sales in the flagship stores improved 10.1% compared to one year prior. But the bulk of the company’s growth last year didn’t come from its flagship stores.

In the 12 month period ending January 31, Urban Outfitters stores only increased sales 1.2%. Meanwhile sales at the company’s other brands Anthropologie Group and Free People were up 8.1% and 27.5% respectively. Revenues from Anthropologie Group and Free People combined made up 57.6% of Urban Outfitters’s total sales last year. 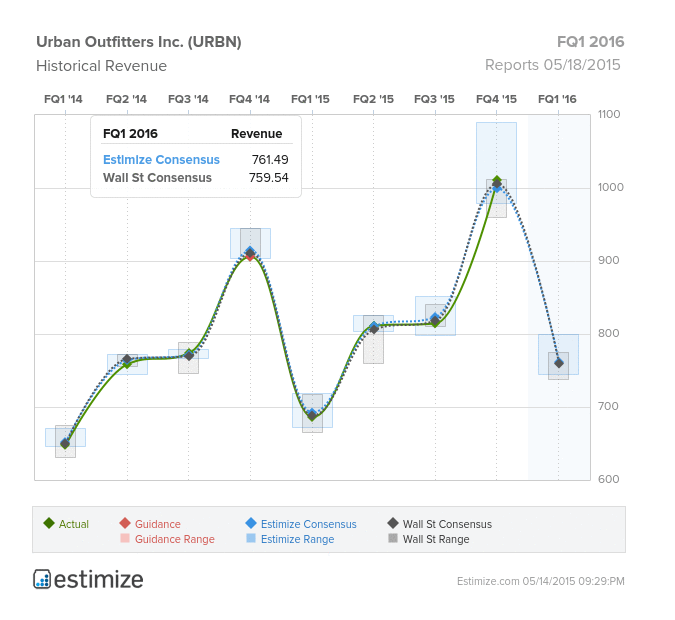 Urban Outfitters stores may be turning the corner on their chain of PR mishaps. Even still investors’ expectations for the current quarter remain muted. Urban Outfitters will report first quarter earnings Monday, May 18 after the closing bell. Contributing analysts on Estimize expect a report that’s just in-line with Wall Street’s revenue consensus and only a penny better on the bottom line.