Is This A Technical Recession?

Today’s BLS release on Productivity and Costs shows a back-to-back decline in productivity accompanied with rising wages. Productivity is up year-over year, but barely, at 0.6%. 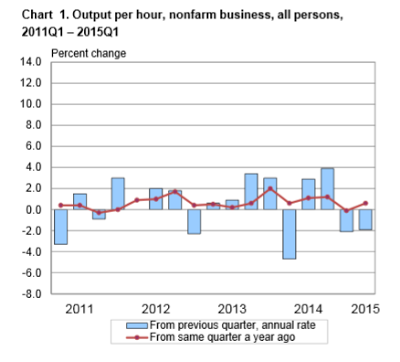 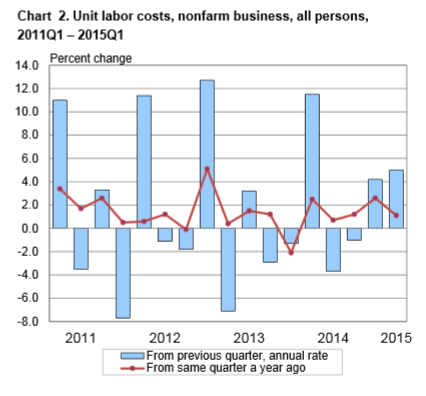 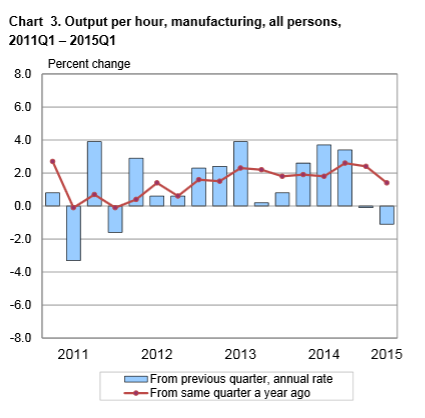 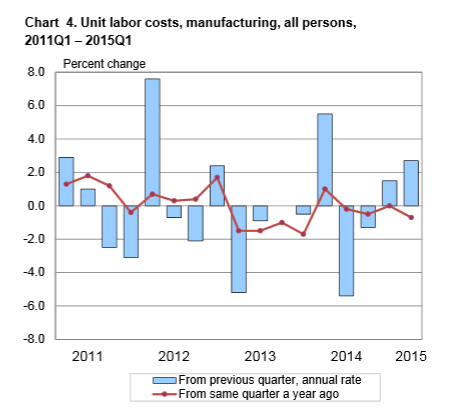 Manufacturing sector productivity decreased 1.1 percent in the first quarter of 2015, as output decreased 1.2 percent and hours worked edged down 0.1 percent. Productivity decreased 2.3 percent in the durable manufacturing sector and was unchanged in the nondurable manufacturing sector.
Corporate Profits
Employee wages are up but output is down two consecutive quarters. This is a bottom line hit to corporate earnings.
Inflation Theory vs. Practice
In theory, the Fed will cheer this development because it adds inflation pressures. Companies will have to raise prices to maintain earnings, and that is just what the Fed foolishly wants.But will businesses, especially fast food and retail stores be able to pass on those costs? And if they do, what about sales?

In practice, the Fed will be sorely disappointed with this development. Minimum wage hikes coupled with declining productivity will greatly dampen corporate hiring plans.

Marginal stores will close, customers will not like higher prices, store expansions will stall, and retail sales will decline. 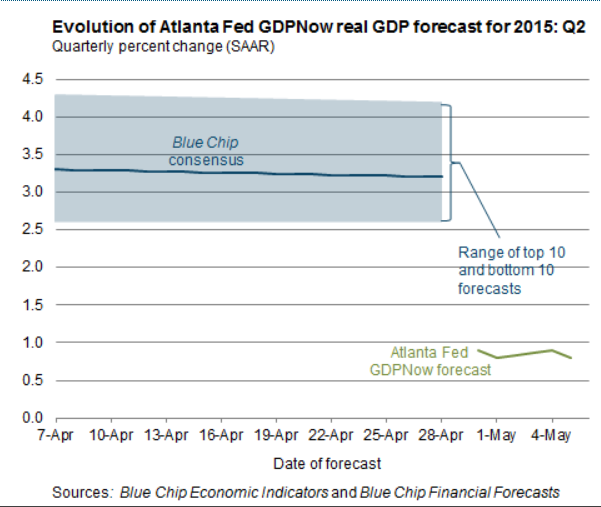 The Fed FOMC committee as opposed to the Atlanta Fed GDPNow forecast says this weakness is “transitory”. I suggest Déjà Vu Weather? No, It’s a Recession!

I expect we will soon hear terms like “technical recession” coupled with the ever-popular phrase “second half recovery” as few economists believe this is the real deal.