What better stock to review first for robots and AI month than one of the most familiar names in the space: iRobot Corporation (NASDAQ:IRBT)?

iRobot is a great starting point for us to dig into publicly traded robotics and AI companies.

For one, as mentioned, the company is familiar. I would reckon that pretty much everyone reading this either has a Roomba, knows someone who has one, or at the very least knows what it is.

Secondly, the company has an extremely easy-to-understand business model.

And third, iRobot is very much a “pure play” on the robotics trend, in a space where a lot of the advancements are taking place within the “skunk works” divisions of larger, more diversified companies that make their money in other ways.

So let’s take a look at iRobot and determine if this is a good business model to invest in for the robotics revolution. Then we will wrap up with our newly published business model diligence on the company.

iRobot’s business is about as simple as it gets. The company essentially sells two product lines, each of which you can buy at pretty much any retailer that sells electronics:

That’s about it. iRobot still markets the Mirra pool cleaning bot but its revenue contribution is inconsequential. The Looj gutter cleaning robot has been discontinued, and iRobot sold off its military robot business in 2016 to focus on the consumer market. 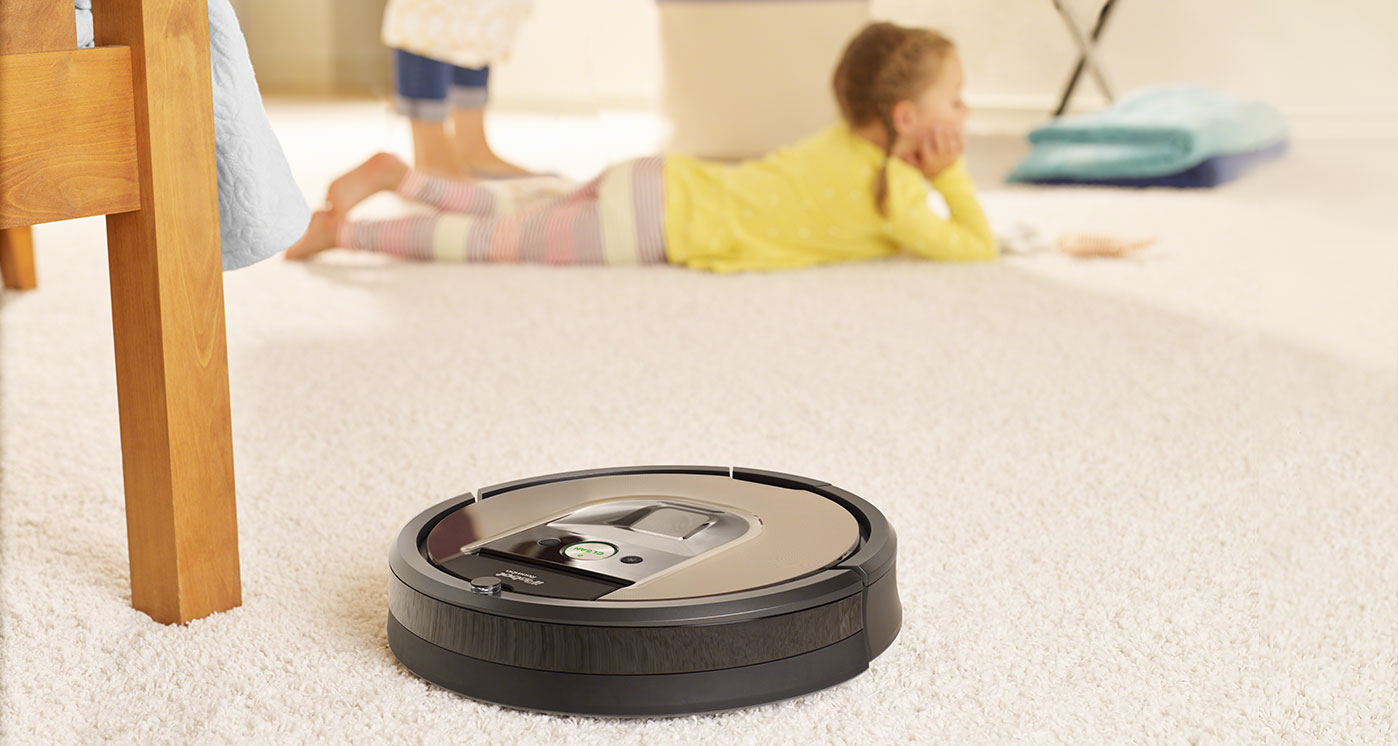 The growth strategy is no less simple.

For one, the robotic vacuum cleaner (RVC) market is a growth industry. Currently, RVCs make up about 20% of the new vacuum sales market in the U.S., up from 13% in 2012, and have been growing at an 18% compound annual rate over that time. CEO Colin Angle has stated that he believes consumer robots are at “the explosion stage on the maturity curve” – implying that even faster growth is ahead.

This seems to have some merit. iRobot is tracking at over 40% growth in 2017 for its U.S. and European markets. The company believes its immediate addressable market is 2-3x the current installed base in the U.S. alone, or close to 30 million households (from 11 million that currently own a RVC). In overseas markets, where penetration is lower, the market opportunity is just as substantial.

iRobot also has significant opportunity in new product categories. The Braava is a nascent product line that could grow to near-Roomba size over time. Asian households are generally less carpeted and even Western markets are moving towards flooring. Longer-term, iRobot is developing a robotic lawnmower, and sees lots of potential in various “smart home” product lines.

Growth shouldn’t be a problem for this company.

The Biggest Risk is Competition

Growth markets like this are bound to attract competition.

In fact, a key component of a short seller report on iRobot last summer was emerging competition in the U.S. from SharkNinja, which is backed by Chinese robotics firm Ecovac. Indeed, the Shark Ion robotic vacuum went on sale in the U.S. this year, forcing iRobot to lower its prices on certain Roomba models.

Compounding the concern is how competition from Ecovac whittled iRobot’s market share in China over the past 5 years, where it has fallen from over 60% share to about 35% today.

Competition is easily the biggest risk here. Really, a Roomba and a television set are both just home electronics products. And, due to cutthroat competition, nobody has ever made much money selling television sets…

But there are some differences here, too. iRobot holds a formidable amount of patents in this field, and in April filed a patent suit against numerous competitors. The company won an early settlement in this suit, but the important factor here is that competitors will have to consider and invest in how to build competing products without infringing iRobot’s patents.

Perhaps more importantly, iRobot has a long dominant brand in Roomba. With over 85% market share of RVCs in the U.S., and 75% in Europe, the brand is synonymous with the category. This lowers search costs and makes Roomba the default purchase. Folks don’t go looking to buy (or gift) a “robotic vacuum cleaner.” They go looking to buy a Roomba.

What About the Valuation?

Without going into an extensive analysis, iRobot’s stock price looks reasonable after coming down from over $100 a few months ago. Revenue is slated to rise over 30% this year, and given management’s comments on growth trends, we see no reason not to assume 20% revenue growth per year over the next few years. Using a reasonable margin assumption based on history and the category (e.g., about 10-12%), and assuming an elevated P/E (19-ish) to account for growth rates, the company should reasonably be worth somewhere in the mid-$70’s today.

iRobot is a reasonable stock for the robotics revolution. It is a very simple business with an attractive growth profile and a strong brand – always important when selling to the consumer market. Competition will challenge revenue growth and margins over the long term, but iRobot has some competitive advantages to fall back on. The stock also doesn’t look particularly overvalued at present, at least to us.

iRobot makes automated, robotic consumer home cleaning products. Currently the company sells 3 device categories. The Roomba is its line of robotic vacuum cleaners, by far the company’s biggest and most important product at 90% of sales. Roomba has both low-end and higher-end models that add features like more power, scheduling by app, and automatic recharge and resume. The Braava line are automated floor mopping devices, accounting for 10% of sales. Braava currently has two models, the Jet for small areas and the Braava for larger rooms. iRobot also makes an in-ground pool cleaning bot (Mirra), but this contributes an insignificant amount of revenue.

Does The Company Have Recurring And/Or Rising Revenues?

Somewhat. iRobot’s products are hardware devices that are one-off purchases, so the revenue model is not a recurring one. Sales are rising, though, with a 5-year compound annual growth rate of about 10% that has accelerated to an expected 30% growth rate in 2017. Management believes that consumer acceptance of cleaning bots is nearing an adoption inflection point, with continued rapid growth. Robotic vacuums make up less than 20% of vacuum sales worldwide, so the addressable market is substantial, not to mention potential for new applications. We see plenty of opportunity for continuing growth.

Does The Company Have Durable Competitive Advantages?

Somewhat. We think iRobot’s primary moat is in its consumer brand intangible asset advantage. Roomba is synonymous with robotic vacuums in the U.S. (~90% market share) and Europe (75%). The company also owns some semblance of a regulatory barriers moat advantage through its control of many key patents in this space. However, we feel both of these advantages are not particularly strong, and we expect aggressive competition to drive down pricing and challenge growth.

We give iRobot a Yellow (somewhat attractive) business model rating, based mostly on the large growth potential for the underlying consumer robotic market, and also on iRobot’s Roomba brand. We do feel, however, that competition could adversely affect pricing power and the ultimate profitability of this market over the long-term.