After correctly predicting the price drop in oil and adjusting the portfolio accordingly, Impala’s team makes a projection on a move higher.

The fourth quarter of 2014 was very good for Impala Asset Management, as the New Canaan, CT-based firm run by CEO Robert Bishop beat the S&P 500 over the period on the back of some timely energy positioning.

The attribution for the portfolio moves that generated a 7.4 percent fourth quarter profit occurred in October. This is when the Tiger Cub transitioned from its long energy exposure to long energy consuming exposure such as airlines. When the price of oil proceeded to drop in dramatic fashion, Impala stock picks benefited.  The fund also benefited from exposure to home builders, wood products and consumer electronic names during the quarter.

Oil supply was the issue in oil’s price drop, as Impala portfolio manager’s call for lower oil in July

It was oil and energy related names, the fund’s most asked about topic, that were the distinct focus of the February 2, 2015 investment letter reviewed by ValueWalk. In July of 2014, as oil stocks were trading near all-time highs, the fund noted that as more OPEC and U.S. supply came on stream, “it became evident the market was heading towards oversupply” as worldwide demand had been “lethargic.” Then new sources of oil supply, from deepwater sources in Brazil and Canadian oil sands, were set to compound the supply issue, the fund managers determined that without supply cuts and with demand projected to remain limp, the fund repositioned the portfolio in October.

Hindsight is often perfect on winning trades, the issue is what comes next?

While it is easy to dissect the past winning trades, the question is where does the price of oil go from here, as several large banks have called for lower oil?

“We would expect supply growth to drop sharply if prices stay near the current ($49 per barrel) levels,” the letter predicted, pointing to higher oil.  Fund management sees the Saudis playing a major role in pushing prices higher, noting they have always been viewed “as the most rational player in the oil industry.”

Lower oil prices are likely to stimulate economic activity, which in turn will push the demand end of the equation. Growing demand coupled with the Saudis curtailing supply is likely to raise oil prices, a process which could “take 18 months or so,” the letter predicted.  Oil will remain in a range from $44 to $60 per barrel for 18 months, with geopolitical factors having potential to alter this prediction. 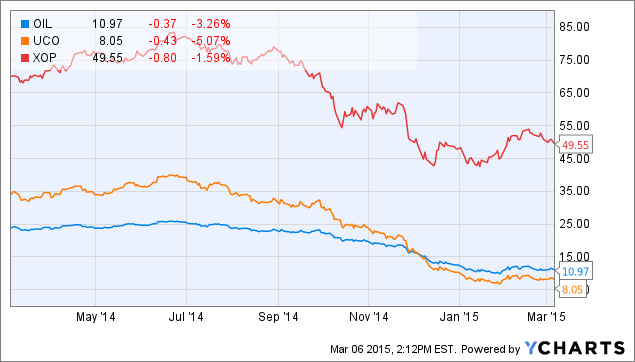