Online real estate database, Zillow Group Inc (NASDAQ:Z), is set to report first quarter earnings Tuesday after the closing bell. This is the first quarter that Zillow’s earnings will reflect it’s acquisition of former rival Trulia. The merger gives Zillow approximately 60% control of the online real estate advertising industry and will have a huge impact on Zillow’s financial results.

The merger will boost Zillow’s revenue, but acquisitions don’t come without costs. In the short term the additional firepower from Trulia’s business will boost Zillow’s year over year sales growth to triple digits. However, the costs of integration will drag the bottom line down to a loss compared to a small profit reported in Q1 of last year. 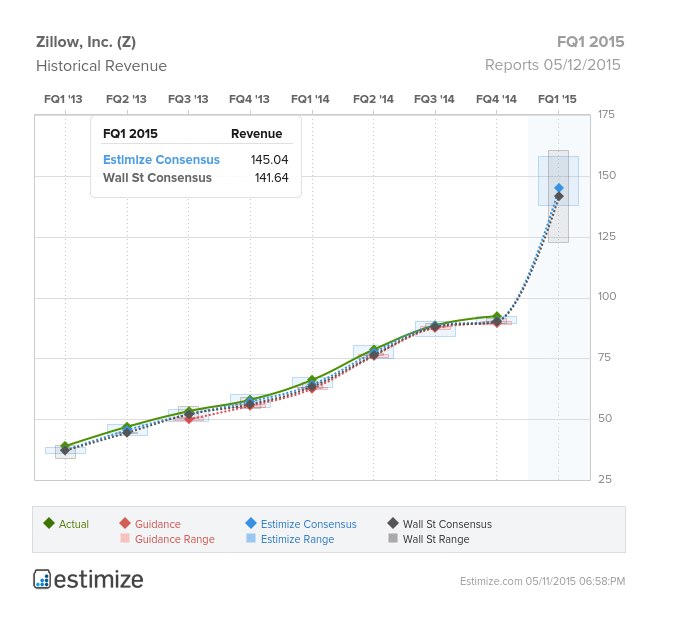 Contributors on Estimize predict that Zillow will report $145.04 million in sales this quarter, that would be a 119% improvement from the same quarter of last year. Wall Street is not expecting the merger to make quite that big of a splash.

The Street is forecasting revenue of $141.64 million, significantly less than the Estimize consensus. Even though Wall Street’s forecast is lower it still projects 114% year over year revenue growth. Without the addition of Trulia’s business, Zillow’s sales were growing between 59% and 70% over the past 4 quarters. 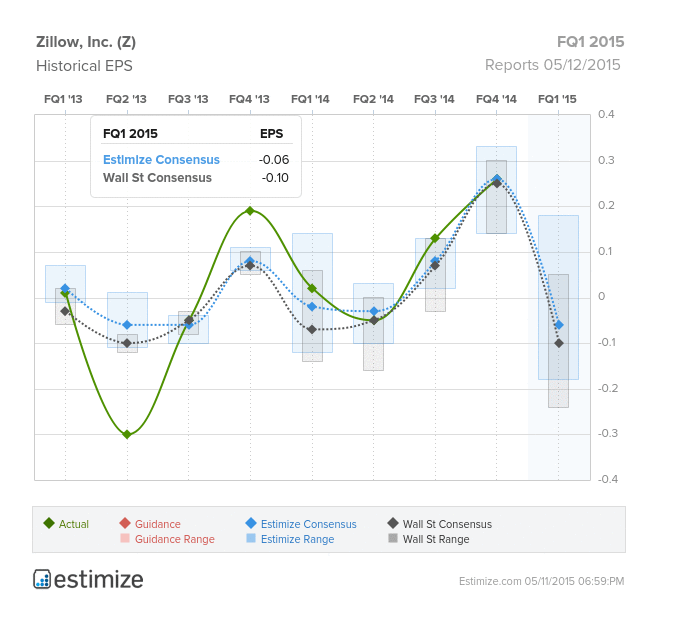 The merger won’t come without costs in the short run. Restructuring and integration costs will weigh down earnings that would otherwise be soaring with a revenue windfall. Estimize contributors expect Zillow to report a loss of 6 cents per share while Wall Street is looking for a 10 cent deficit.

Earnings in merger quarters often display high degrees of variance to estimates. Combining two companies adds uncertainty, and no matter how much financial modeling is done in advance unforeseen costs and synergies always pop up. This quarter the Estimize consensus implies that investors are significantly more optimistic about the size of Zillow’s anticipated loss and its potential revenue growth.