The European Commission’s recent action against Apple Inc. (NASDAQ:AAPL) is the latest in a number of antitrust cases it has brought against U.S. tech firms. Despite howls of protest, Commissioner Margrethe Vestager shows no sign of toning down her policy.

It is taking time for governments, and antitrust enforcers, to adapt to a new world where multinational tech giants are dominant. Nevertheless, bodies like the European Competition Commission sense that old corporate habits persist, such as impeding competition, cartel and monopoly formation, and tax avoidance. On August 30th, Competition Commissioner Margrethe Vestager announced that the EU was charging Ireland’s government in relation to Apple’s low tax bill:

“Member States cannot give tax benefits to selected companies – this is illegal under EU state aid rules. The Commission’s investigation concluded that Ireland granted illegal tax benefits to Apple, which enabled it to pay substantially less tax than other businesses over many years. In fact, this selective treatment allowed Apple to pay an effective corporate tax rate of 1 per cent on its European profits in 2003 down to 0.005 per cent in 2014.” 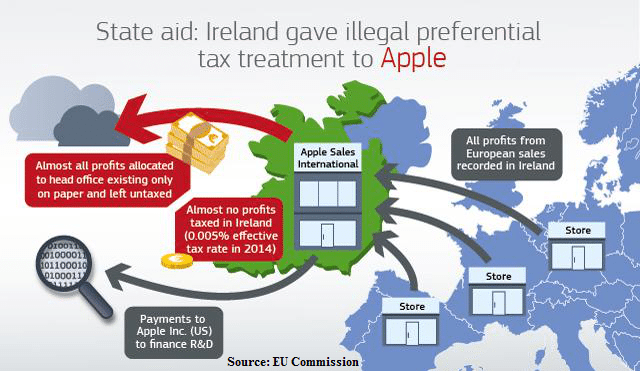 The Irish government, however, has vowed to fight the judgement – which states it must claim up to €13 billion in unpaid tax – fearing that the country’s position as an attractive, low tax investment destination may be at risk. 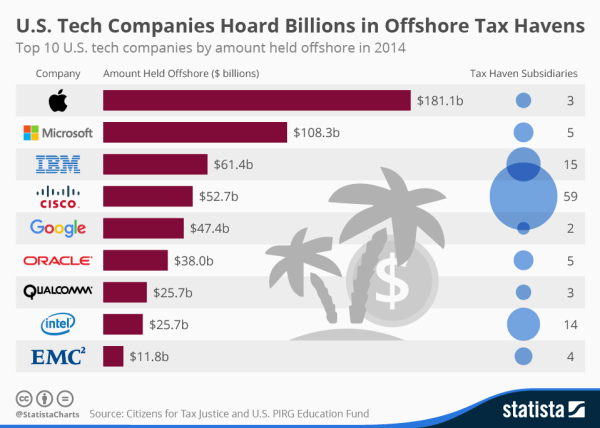 The ruling is the latest in what appears to be a concerted strategy against U.S tech giants. Other recent examples involve Google and Microsoft. The Economist has described the ‘dark arts’ utilised by ‘superstar’ tech firms, which it says is becoming indicative of a pervasive reduction in competition in the world economy. Nevertheless, critics believe that Vestager has acted well beyond her economic brief. Tim Cook, the head of Apple, has labelled the ruling ‘maddening’ and ‘total political crap’. What is the evidence for this?

Jean-Claude Juncker, President of the European Commission since 2014, previously stated he is leading a ‘deeply political’ institution. With crises on all fronts, the Commission is desperate for some better news. Standing up to American multinationals might be considered a popular move, given the resistance to free trade deals such as the Transatlantic Trade and Investment Partnership (TTIP).

The EU is beset by the rise of eurosceptic, populist political movements and parties. One of the key issues causing anger is the lack of economic security as a result of globalization. Taking a protectionist view (in European terms) might be designed to counter the populist charge that EU politicians do not look out for their own citizens.

Apple is the latest in a long list of multinational firms using accounting and domiciling techniques to reduce tax payments. This issue is guaranteed to stoke popular anger and is one reason Vestager can expect some sympathy from EU citizens.

The EU’s strategy towards U.S tech firms is bound up with European fears of lack of internet and phone privacy. Worries over the use of big data is of particular concern to Europeans, many of whom can remember authoritarian and invasive regimes. This is not a charge leveled at Apple. Nevertheless other American companies such as Facebook and Google have raised European suspicions. 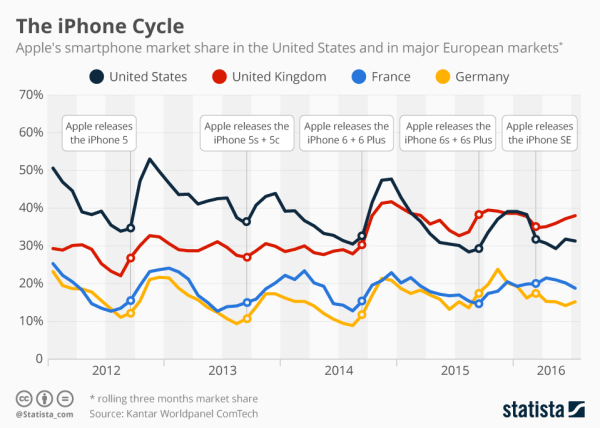 A closer look at the role of the Competition Commission, however, shows that Vestager is fulfilling her mandate. Competition policy is in the DNA of the European project. It represents the philosophy, a particularly continental view of markets, of some of its founders in the post-war period. The Competition Commission is among the EU’s most powerful departments; it seeks to prevent concentration of economic power by limiting state aid, mergers, monopolies and cartels.

Then there is Margrethe Vestager herself. A former Danish government minister, Vestager has conducted her work ferociously and unlike many top EU figures, is a talented communicator. Despite coming under heavy criticism for the activism of her department, Vestager appears unbowed. She declared other firms may follow, regardless of their home country. The methods might be clumsy – forcing the Irish government to recoup tax against its will – and the criticism of antitrust policy itself loud, but we can expect more of the same. Apple will not be the last multinational to move into the cross-hairs of Commissioner Vestager.