Citadel founder Ken Griffin always had a knack for numbers, from the time he was president of his math club in high school back in his Daytona Beach days to his first days of investing as a freshman at Harvard University- once a Forbes magazine article set his brain’s wheels turning. Now, Griffin has garnered recognition from the very magazine that first inspired him, with Forbes tagging him as the wealthiest man in Illinois (touting $8 billion in his net worth), one of 2012’s hedge fund managers scoring the biggest returns, and a name now on the list of the Forbes 400. Leading his global investment firm Citadel, running for 27 years now to become a worldwide mammoth of alternative investment management firms, handling a roughly $25 billion in investment capital. Though he has been one to make profits from risky trades, it appears time has run out on two troubled Greece-based shipping firms, with Griffin washing his hands of DryShips Inc. (NASDAQ:DRYS) and TOP SHIPS Inc (NASDAQ:TOPS) in a second-quarter surrender. Let’s explore. DryShips is a sinking ship from the eyes of Griffin, who steered Citadel to take off in a run from DRYS in a second quarter play, selling all 170,195 shares worth $281,000. Considering the stock crashed initially beyond 25% on the heels of the U.S. Securities and Exchange Commission (SEC) slapping DRYS with a subpoena, with another 12% dip directly after, it appears Griffin fled the scene just in the nick of time. Meanwhile, considering the company posted a sharply disappointed loss per share of $37.12 in its second quarter, optimism has been vanquished around the DRYS story these days.

Investors were in a mad scramble after the SEC asked DRYS for specific documents and information regarding Kalani offerings the Greek shipping company made in the period between June 2016 and July 2017, amid alleged violation complaints filed in U.S. territory Marshall Islands. Did DryShips and two of its officers involved with domestic securities laws partake in a grand financing plot?

George Economou, the infamous CEO of DryShips has not made himself very popular among shareholders with his constant equity raises and massive share dilution that follows suit amid reverse splitting the stock, weakening investor sentiment. These very suspicious Kalani equity purchase agreements have now been put under the legal spotlight. Shareholders are the ones who bear the brunt of these iffy transactions, but the CEO stands to benefit time and time again, able to reach into the bank to find a chunk of cash to buy more assets and dole out dollars to key execs. Econmou could be greedily grabbing a nearly 70% position in the company should the rights offering goes according to his master plan.

How does DryShips respond? The management team seeks to “vigorously defend themselves against these allegations” and has handed over the documents, as per the SEC’s request. Right now, it appears Economou’s word is looking untrustworthy, and based on the market’s reaction, Griffin could be smart to run and never look back. 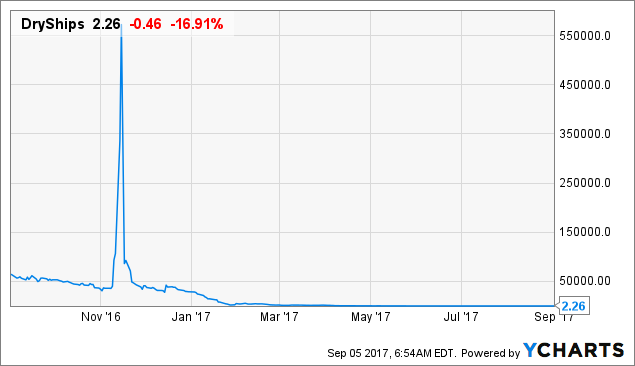 Top Ships is in a state of wreckage as far as Citadel assesses the risk/reward factor, finding no value left in keeping any of its holding. As such, Griffin threw all 32,557 shares worth $35,000 overboard. The Greek shipping company tumbled nearly 9% to the market floor on Friday, as DRYS is not the only player tied up in the contentious Kalani Investments.

Common stock buyers of TOPS this year between January 17 to August 22 are setting into motion a class action against the company amid cries that CEO Evangelos Pistiolis, masterful manipulator that he is, has shadily participated in share issuance and sales transactions with Kalani. The claim asserts that the Greek shipping company sells its common shares and securities convertible into common shares to Kalani- all so that the meaningfully discounted price tag juxtaposed against the market coupled with filed registration statements would enable Kalani to sell back the same shares to Wall Street.

American law firm Robbins Geller Rudman & Dowd argues: “When Kalani’s sales of Top Ships stock caused the price of Top Ships stock to decline, the Company would reverse split the stock, causing a certain number of outstanding shares to be merged into a single share, and thereby raise the price of Top Ships stock,” elaborating, “Then, Top Ships would again sell securities to Kalani and the same pattern of transactions would ensue. At the same time that Top Ships was engaging in these transactions, defendants failed to disclose the true purpose of the transactions and related stock issuances and reverse – to finance related-party transactions and acquisitions that primarily benefited Pistiolis and his related companies, and otherwise funnel money to Company insiders.”

With all this alleged scandal running amiss, it may have been a well-timed quarterly move for Citadel to hit the eject button on its position in the troubled shipping company. Skepticism is swirling and the market could be ready to turn on Top Ships, making Griffin’s evaluation that risk outweighs reward an astute one indeed. 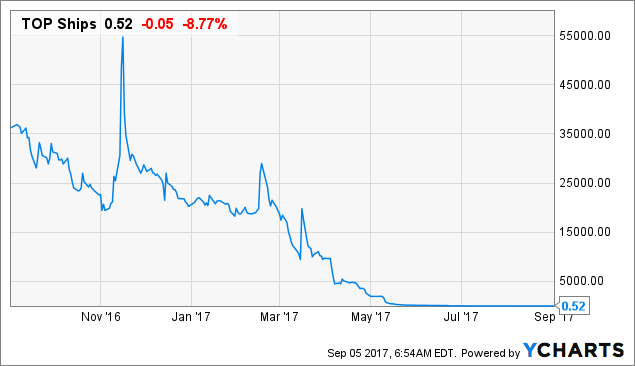