GameStop Corp. Expectations Are Muted, But Stock Still Rising Ahead of Earnings Report

Going into tonight’s report, the Estimize earnings per share (EPS) consensus on GameStop Corp. (NYSE:GME) is in-line with Wall Street at $0.58, and 2 cents above company issued guidance. Revenue expectations for $2.04B are slightly above the Street and guidance. This would result in a nearly 2% YoY decrease in profits, but a 2% rise in sales. 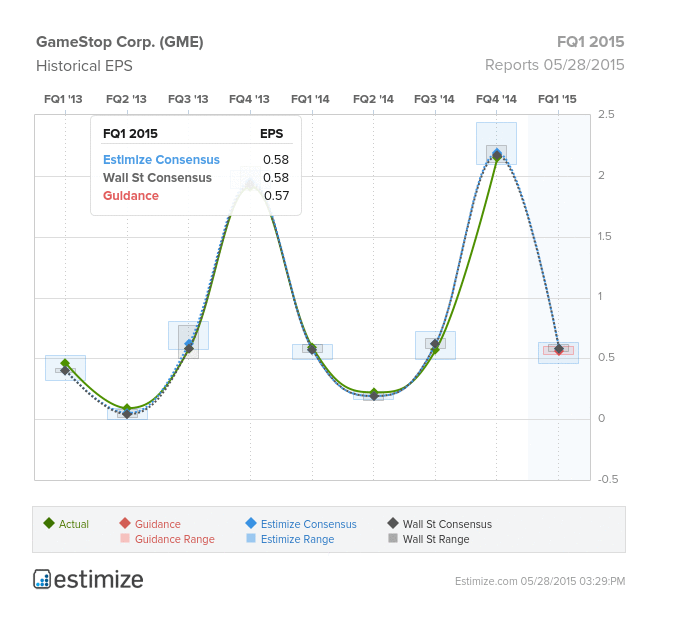 Last quarter was not as profitable for the video game retailer as expected for the holiday season, as a decline in hardware sales offset strength in consumer electronics and mobile. Another concern for the company has long been the increasing popularity and availability of streaming content. The latest generation of consoles enable digital downloads of smaller games, as well as premium content that is meant to supplement physical games. In 2010, digital made up 29% of all video game sales in the U.S., a number which increased to 52% by 2014, according to the Entertainment Software Association. 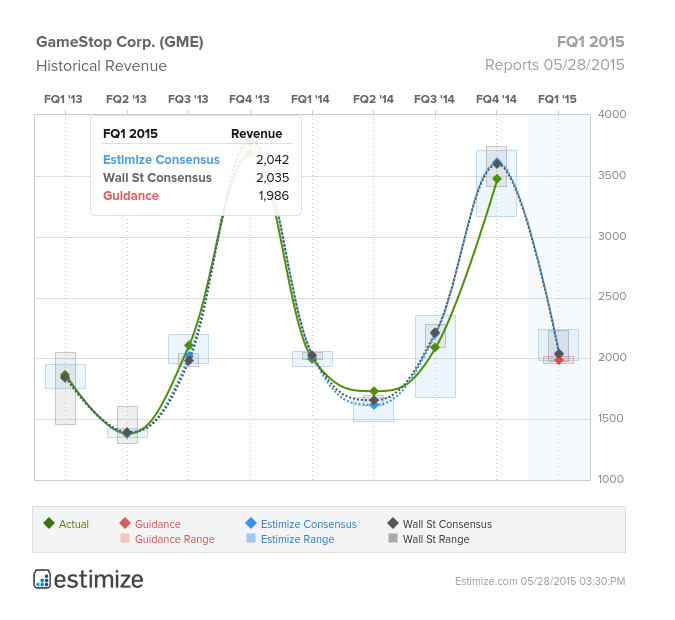 Despite these concerns, expectations for 2015 same store sales are relatively strong, the company anticipating growth in the range of 2.5% – 5.5% driven by console and handheld physical video game software sales. GameStop is also relying on its used game and secondhand hardware business, a space which it currently dominates, and one of its most profitable categories. However, stiff competition might be ahead, with Wal-Mart entering the industry a year ago and rapidly expanding its trade-in program.

Fundamentals aside, the stock has done incredibly well, up 18% this year alone, as investors take advantage of the company’s low multiple which is currently being supported by share buybacks. A beat this afternoon could send shares even higher.