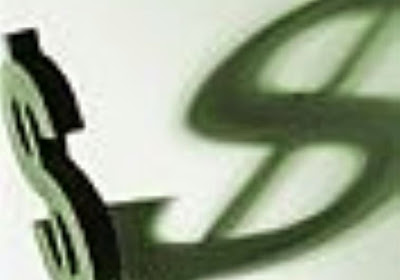 The US dollar is broadly lower, dragged down by the escalation of the conflict in Yemen, month and quarter end position adjustments and the ongoing technical correction following last week's FOMC meeting.  The euro, yen and Canadian dollar are at new highs for the week.  The sharp rally in oil prices is helping spur the short squeeze in the Canadian dollar, and appears to be lifting the Norwegian krone as well.  Oil prices are up 4-5%, on supply disruption worries, but also in recognition that this is part of a bigger conflict between Saudi Arabia and Iran.
Equities are experiencing follow through selling after yesterday's 1.5% slide in the S&P 500 and the 2.4% drop in the NASDAQ.  Biotech and chip makers were especially hard hit.  The technical damage is beginning to mount. with the S&P 500 closing on its lows, well below the 50-day average.  It is set to gap lower at the opening.     The MSCI Asia Pacific Index fell about 0.8% and the Dow Jones Stoxx 600, is following its worst session in two months yesterday with further losses today.  The 1.3% decline is being led by financials and information technology.  The energy sector is the only one that is higher on the day.
Bond markets are mixed.  The dramatic decline in equities and safe haven bid are helping US Treasuries shrug off the poor reception to the five year note sale yesterday.   Core bond yields are mostly softer and peripheral European yields slightly higher.
The geopolitical backdrop and position adjustments at month and quarter-end are rendering what economic data are being reported rather inconsequential.  Of note, the monetary conditions in the euro area continued to improve.  Annual M3 growth rose 4.0% in February from 3.7% in January.  Lending is improving, and this is what help produce a larger take down of TLTRO funds made available last week.  Private sector loan growth has been declining for almost three years in the eurozone.  In February, it was 0.1% below year ago levels after -0.2% in January.  Lending to households in positive and lending to business may be turning around this month.
The UK reported a much stronger than expected February retail sales data.  Sterling ticked up on the news, but sentiment is checked by uncertainty surrounding the May election and ideas that a BOE rate hike is still more than a year away.  Last week's Fed-spike high was near $1.5165.   Sterling has not been above $1.50 this week and above the 20-day moving average comes in near $1.5020.  Sterling has not traded above that average since March 3.
Headline retail sales rose 0.7%, and the January series was revised to 0.1% from -0.3%.   The market had forecast a 0.4% increase.  However, the increase in sales comes at the cost of falling prices.  The retail sales deflator fell 3.6% from a year ago, the largest drop since the time series began almost 20 years ago.  It warns of the risk that UK CPI can fall into negative territory as well.
The brinkmanship between Greece and its official creditors continues, but next week is seen  another critical window.  The Greek government simply has to come up with a compelling list of reforms.  Its first two tries could not be taken seriously.  Employing tourists and students to report tax evasion undercover may be an interesting idea and might even be worth an experiment, but it cannot be a compelling key program.  Meanwhile, the officials efforts to block Greek banks from financing the government through additional T-bill purchases, the ECB did grant Greek banks their biggest increase in ELA borrowing (~1.1 bln euro to ~71 bln) to bolster their liquidity.
US economic data is light; consisting of weekly initial jobless claims and the KC Fed March manufacturing index.  Markit reports its flash reading of service PMI and composite.  Tomorrow the US is expected to revise Q4 GDP slightly higher.  Yesterday’s  disappointing durable goods orders spurred some economists to cut Q1 GDP forecasts toward 1.5%.  Broadly speaking this is setting the similar pattern as last year when soft Q1 GDP was followed by a clear acceleration.
Three emerging market central banks meet– South Africa, Czech, and Mexico.  None is expected to change rates.  South Africa may increase its inflation forecast.  The Czech central bank can be expected to reaffirm the CZK peg.   Mexico is widely expected to keep its overnight rate at 3%.
Research Report
analyst ratings
blogger opinions
investor sentiment
news sentiment
analyst ratings
insider activity
hedge funds
stats charts
You May Also Like