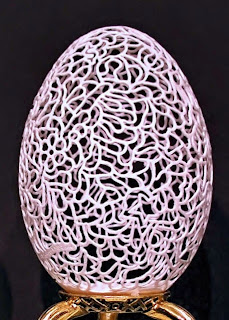 The US dollar firmed in thin Asian turnover, but is now slightly lower against most currencies as US traders return to their posts.  Many centers remain closed and participation is light. The disappointing US jobs data at the end of last week and the implications for Fed policy are the main talking points.  New York Fed President Dudley speaks today.  We would be surprised if it puts much weight on last week's report.  High frequency economic data is notoriously volatile, and after a near-record streak of 200k+ jobs a month, one miss, Moreover, other evidence, like weekly and continuing jobless claims, show no break,
It now seems clearer that Greece will make good on its April 9 payment owed to the IMF.   Greece also holds a T-bill auction on April 8 to prepare for the 1.4 mln euro bill expiry on April 14.  Greece submitted its fourth list of reforms last week and each has been better received than the previous one.  Still, no break through, that is no new funds, are likely to be released to Greece until after the next Eurogroup of Finance Ministers meet on April 24.
Finance Minister Varoufakis is in Washington and will be meeting with Treasury Undersecretary Sheets later today.  Prime Minister Tsipras will be in Moscow.  While China has reported bought some Greek T-bills in recent weeks, Russia has not.  Still Tsipras is hoping for other concessions from Putin, perhaps on giving Greece an exemption to Russia's retaliatory embargo against some European products.
In addition to Dudley, today's North American session has a few features.  The US reports service PMI and ISM.  The flash PMI rose to 58.6 from 57.1, which is the highest since last September.  The ISM does not report a flash reading and it is expected to slip to 56.5 from 56.9.  It would be match the low from December, which itself was the weakest reading since June.  The mixed economic signs are consistent with recent string of economic reports that seem to be consistent with a turn in the economy.
The Federal Reserve's Labor Markets Condition Index will also be reported.  It has shown weakness in the Jan-Feb period.  The three-month average at the end of last year stood at 6.5.  It has fallen to 5.3 in February and is set to fall sharply in March.  Caution in using the metric is advised.  It is a new series and we note that while the US economy was expanding at a 5% annual clip in Q3 14, the Labor Markets Conditions Index fell to an average of 3.6 from 6.7 in Q2.
After strong growth in the Q2 and Q3 last year, the US economy slowed in Q4 and further in Q1.   March data has been mixed, but we expect Q2 data to show marked improvement from Q1.  We cannot fully explain the pattern in recent years of particularly weak Q1 economic performance, which has not been indicative of the underlying trends in the economy.
Canada reports its IVEY survey, which is notoriously volatile.   It is expected to have popped back above 50 in March from 49.7 in February.  More important will be the business outlook for future sales for Q1 and the Bank of Canada's Senior Loan Officer survey.   Employment data will be released at the end of the week.  The Bank of Canada meets on April 15 and while a rate cut cannot be ruled out, the market leans against it.
Not so with the Reserve Bank of Australia's meeting, with results early Tuesday in Sydney.  The market appears to have discounted about an 80% chance of a 25 bp cut (that would bring the cash rate to 2.0%).  There is scope for disappointment or sell the rumor buy the fact type of activity.  In May, the RBA updates its forecasts, and may prefer to make a rate adjustment then.  Separately, we note that the Australian dollar is testing parity with the New Zealand dollar, which is more of a mile marker than a significant pricing development in its own right.
The Bank of Japan meets Tuesday and Wednesday.  After a disappointing Tankan and weakening price pressures, there is speculation that the BOJ needs to do more.  However, the public comments by BOJ officials, including Governor Kuroda, suggest a desire to look past what appears to be largely energy induced weakness in consumer prices.  The BOJ also appears to be pinning some hope on the spring round of wage negotiations.  Already several large auto producers have announced cash wage increases.
Oil prices are firmer.  The potential deal with Iran does not mean sanctions will be lifted here in Q2. Separately, Saudi Arabia cut the discount it will charge Asian customers in May.  The discount will be reduced to 60 cents a barrel from 90 cents.  The Saudi Oil Minister noted that global demand was improving.  At the same time, facing steeper competition, it increased its discount to the US by another 10 cents and to Northwest Europe by 20 cents.  Separately, gold prices are higher and trading at levels not seen for seven weeks.
Research Report
analyst ratings
blogger opinions
investor sentiment
news sentiment
analyst ratings
insider activity
hedge funds
stats charts
You May Also Like