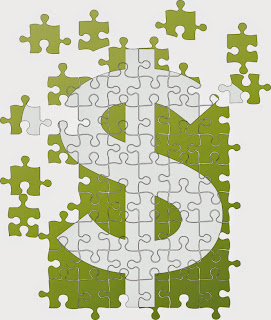 The greenback staged a reversal yesterday, and there has been follow through buying in Europe after a quiet Asian session.  It seems that after last week’s dramatic reaction to the FOMC, the market is probing for the new range, and this has been complicated by the month, quarter and fiscal year end position adjustments.

The market tried three times to establish a foothold for the euro above the $1.10 level.  Yesterday the euro made new highs for the move before reversing lower and finishing the North American session below Wednesday’s low, which carves out a potential key reversal.  Follow through selling saw the euro fall to a $1.08, where bid emerged that some linked to Asian central banks.  Resistance now is seen in the $1.0850 area, while the lower end of the range is closer to the week’s lows near $1.0770.

The dollar had been sold to near JPY118.50 yesterday, but it recovered to finish near JPY119.20.  The dollar remains firm but so far the today this week’s pattern of lower highs remains intact.  Yesterday’s high was just below JPY119.60.

Japan did report a slew of economic data.  The overall picture is one of slightly improvement in the labor market, improving consumption, but weak price pressures.  Unemployment edged down to 3.5% from 3.6% while the job-to-applicant ratio ticked up 1to 1.15 from 1.14.  Overall household spending fell 2.9% from a year ago compared with a 5.1% contraction in January.  It is the smallest decline since last November.   Retail sales themselves rose 0.7% in February.  This was shy of the 0.9% expected increase and was further offset by the downward revision in the January series to -1.9% from -1.3% initially reported.

Most disappointing, even if not unexpected, Japan’s CPI eased.  The national headline rate slipped to 2.2% in February from 2.4% in January.  It has not risen since last May, and the February decline ended three months of stability at 2.4%.   Excluding fresh food, which is Japan’s measure of core inflation, prices rose 2.0% from a year ago, down from 2.2%.  When adjusted for the retail sales tax increase last April, which the BOJ targets is at zero.  This poor performance encourages a majority of market participants to expect the BOJ to adopt more stimulative measures later this year.   While we can see some tweaking of assets being purchased (e.g. ETFs and REITs), we are more skeptical of a significant increase in the JPY80 trillion annual target.

The European news stream relatively light, but both Sweden and Norway reported somewhat better than expected retail sales.  Despite the deflationary pressures in Sweden, retail sales remain firm.  The 0.2% increase in February follows on the heels of a 1.2% increase in January.  The year-over-year rate is a healthy 4.8%, down from 5.1% in January, but better than the 3.6% consensus forecast.   Deflation, however, is the key issue for policy makers, and many expect the Riksbank to cut rates further and expand its modest asset purchase program.

Norway’s retail sales rose 0.9%in February, nearly twice the market consensus, more than offsetting the 0.7% decline in January.  Credit growth remains firm (5.4% vs 5.6% in January), and March unemployment was steady at 3.0%.    The krone found little support, perhaps the 2% fall in oil prices after yesterday’s surge is taking a  toll.  The euro recorded four day highs against the krone to almost NOK8.68 from a low yesterday of NOK8.535.

There are two features of the North American session today.  First is the data.  US Q4 GDP is expected to be revised slightly higher to 2.4% from 2.2%.  Personal consumption, which may be more important for policy makers than the overall economic growth is expected to be revised to 4.4% from 4.2%.  The softer consumption data in Q1 15 should be placed in that context.  In addition, the University of Michigan’s final March consumer confidence figures will be reported.  In addition to the headline, the inflation expectations component will be scrutinized.  The long-term expectation (5-10 years) is at 2.8%. With a brief exception, it has been between 2.7%-2.9% since the end of 2013. The Fed has seemed to emphasize this over the market-based measures though as we noted yesterday, US 10-year breakeven rates are rising.

Second, both the Fed Chair and Vice Chair speak today.  Fischer speaks in Frankfurt prior to the open of the North American markets.  He spoke to the NY Economics Club earlier this week and pointed to a June-September lift-off and did not show much concern about the dollar or unorthodox easing of monetary policy in Europe and Japan.  Yellen speaks toward the end of the day on monetary policy at a San Francisco Fed conference.  Look for our note later today summarizing what we think are the policy signals from the Fed’s leadership.