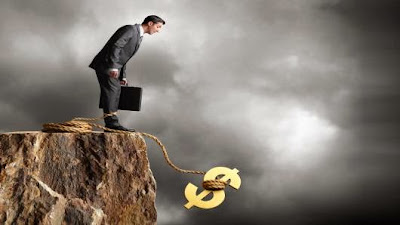 The combination of the disappointing US retail sales and small inventory build has encouraged a new bout of dollar selling.  The world’s biggest economy may have contracted close to 1% in Q1 and Q2 is off to a weak start.
Retail sales have fallen or been flat in four of the past five months.  We also learned yesterday that import prices have fallen for ten consecutive months.  The weak economic impulses appear to be spurring an increasing number of participants to give up a a Fed rate hike this year.    This weakens the key argument of dollar bulls.
At the same time, economic activity in the eurozone has improved.  While the speculative positioning in the other major currencies has been adjusted in recent weeks, the euro adjustment has lagged, judging from the Commitment of Traders in the futures market.  In late March, the gross short speculative euro position reached a record of 271k contracts.  As of May 5 it stood at 240k. Nor has there been much bottom picking.  The gross long speculative euro position bottomed in late March below 42k contracts.  As of May 5 it stood a little above 50k contracts.
There does seem to be a more significant position adjustment underway.  The big trade, which had various expressions, was essentially long European assets (stocks and/or bonds) and short the euro.  The unwinding of these positions, driven partly by the poor US news and partly what appears to have been a flash crash of sorts in the German bund market.
The news stream has been particularly light today and some European markets are closed for Ascension Day. Currency markets are being driven by momentum.  The euro reached its best level since mid-February by pushing through the $1.1400 area. The next technical target is in the $1.1500-35 area.  Sterling poked through the $1.5800 for the first time since last November.  The $1.5880 area corresponds with a 50% retracement of sterling’s decline since peaking last July near $1.72.  The dollar dipped below the JPY119 level for the first time this month.  Support seen in the JPY118.80 area held and the greenback recovered back above JPY119.00.  A move above JPY119.50-65 would stabilize the tone.
The North American session features US producer inflation and weekly initial jobless claims. The unexpected weakness of import prices could a knock-on effect with producer prices, for which the consensus expects a 0.1% increase.  The weekly initial jobless claims may be of greater importance than usual due to the fact that this week corresponds to the survey week for the non-farm payroll report.   Recall that the weekly claims fell to new cyclical lows of 262k at the end of April. During the survey week in April, weekly initial jobless claims stood at 295k.
Elsewhere, bond markets are subdued with benchmark yields little changed.  Equities are also mixed. Asian shares were lower, with the MSCI Asia-Pacific Index off about 0.4%, mostly due to the losses in Japan and Taiwan.  European stocks are narrowly mixed.   The Dow Jones Stoxx 600 is off marginally.  Materials and energy sectors are the weakest, off about 0.35% today.
Research Report
analyst ratings
blogger opinions
investor sentiment
news sentiment
analyst ratings
insider activity
hedge funds
stats charts
You May Also Like