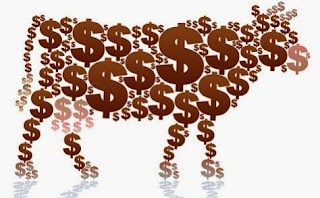 With full liquidity returning to the markets, the US dollar has built on the recovery seen in the North American afternoon yesterday.  The greenback's gains against the euro are particularly surprising; catching many off guard.  The euro has slumped two cents from yesterday's highs, completely giving back the gains scored in the wake of the disappointing US jobs data before the weekend.
The euro's slump comes despite the relatively constructive service PMI readings and further confirmation that Greece will make its IMF payment this week.  The eurozone service PMI rose to 54.2 from 53.7 in February and is the highest since last July.  The flash reading was 54.3.   France was the main source of disappointment, coming in at 52.4 from 52.8 of the flash, down from 53.4 in February.   The French composite stands at 51.5 down from 52.2 in February.
Other than that, the other reports were mostly encouraging.  Germany increased to 55.4 from 55.3 in the flash and 53.7 in February.  Spain rose to 57.3 from 56.2.  Italy surprised the most to the upside, rising to 51.6 from 50.0.  It reported the largest employment gain since late-2010.  In the region's composite, the ratio of new orders to inventories continued to improve to stand at its best level in nearly a year.
The employment indicator was the highest in four years.  The PMI is consistent with growth around 0.4% in Q1.  There is also some reason to think that price pressures are bottoming.  The output price component rose each month in Q1though it remains below the 50 boom/bust level.
The euro found a bid near $1.0835, which is a retracement objective of the euro's rise from $1.0715 on March 31 to the $1.1035 high seen yesterday.   Chart support is seen near in $1.0790-$1.0800 area, and a break would sour the tone, suggesting a retest of what we had thought was the bottom of the new range $1.07.
The Australian dollar is the strongest of the major currencies as the market was caught wrong-footed by the RBA's decision not to cut rates.  The derivative markets showed the odds were 3 to 1 in favor of a cut though economists were more divided.  We had thought there was room for disappointment–either the no cut or a sell the rumor buy the fact type of activity.  The Aussie has rallied more than 1% to poke through $0.7700.  It initially took out yesterday's low and now has risen through yesterday's high (~$0.7667).  A close above yesterday's high would be a technical reversal, suggesting potential toward $0.7740, and maybe $0.7780.
The RBA indicated that further easing may be necessary, and the economic growth was still below trend.  The derivative market is pricing in about a 70% chance of a cut in May.     Before the RBA's decision, Australia reported a 0.7% rise in February retail sales, which was almost twice the consensus expectations (January revised to 0.5% from 0.4%), though the services PMI slipped to 50.2 from 51.7.
Sterling can't get out of its own way, as the political cloud hangs over it.  The Markit/CIPS services PMI rose to 58.9 from 56.7.  It is the highest since last August and helps offset the weakness in the service spending (Jan reported last week at -0.2%).  The manufacturing PMI was also stronger than expected, leaving the construction as the one disappointment of the three PMIs.  The composite rose to 58.8 from 56.7 and is also the highest since last August.
Sterling has not traded above $1.50 since March 19, having been turned back after approaching it yesterday.  Ironically, the 5-day average is crossing above the 20-day average for the first time since March 4.   If the $1.4830 area fails to hold, support is seen in the $1.4780-$1.4800 area.  Chunky options struck at $1.49 area set to expire today and tomorrow,  and may be a consideration for the price action.
Sweden reported disappointing news.  It is not so much with the February industrial production, which came in at -0.1% compared with expectations of an increase of the same magnitude.  Rather the disappointment lay with the sharp downward revision in January to -1.3% from +1.0%.  Industrial orders fell 4% in February, and the January series was marked down from 3.1% to -1.7%.  The news was only partly mitigated by the uptick in services PMI (57.2 from 56.7).  The Riksbank meets again at the end of the month (April 29) and a decision to further extend the QE may depend more on next week's CPI figures than today's disappointment.
The Norwegian krone is actually the weakest of the majors today.  It is off 1% against the US dollar.  Last week's dismal manufacturing PMI (48.8 from a downwardly revised 50.9 in Feb) took a toll.  The krone only marginally benefited from yesterday's rally in oil and appears to be pulled down by today's softer crude prices.
The news stream from North America today is light.  The US reports the JOLTS report, and a small increase in jobs opening is expected.  Late in the session, February consumer credit will be reported.  The Minn Fed President  (dove) Kocherlakota speaks  prior to the stock market opening.  Tomorrow the US earnings season formally kicks-off with Aloca’s results.  The US auctions $24 bln of 3-year notes today as well.
Research Report
analyst ratings
blogger opinions
investor sentiment
news sentiment
analyst ratings
insider activity
hedge funds
stats charts
You May Also Like