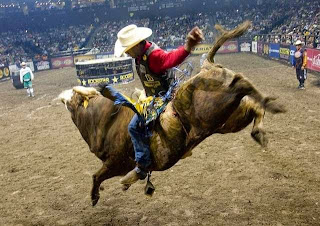 Equities and bond markets are mostly trading higher today.  The dollar is little changed against the euro and yen but is softer against the dollar-bloc.  Sterling extended is a post-election rally with the help of a gain in average weekly earnings, but returned offered after a somewhat more dovish BOE Quarterly Inflation Report.
The focus of the North American session will be on the April retail sales report. The market may look past a soft headline figure and focus on the GDP components.  A small pullback in auto sales and cheap gasoline may weigh on the headline.  Recall that the March rise of 0.9% was the strongest in a year.   The GDP component rose 0.3% in March after falling for three months.  The consensus expects a 0.5% increase in April.  With the bounce back in non-farm payrolls in April, stronger consumption suggests that the economy is recovering in Q2 from what looks like a contraction in Q1.
The eurozone grew 0.4% in Q1 after a 0.3% expansion in Q4 14. This was in line with expectations. The country breakdown was surprising.  German grew by 0.3%.  The consensus was for 0.5% after 0.7% in Q4 14.  France surprised with a 0.6% expansion.  The market expected a 0.4% after stagnating in Q4 (initially up 0.1%).  Italy also bettered expectations, expanding by 0.3% instead of 0.2%.  This was only the second quarter since Q2 11 that the Italian economy has grown.  The weak euro, lower interest rates and the fall in oil prices helped fuel the expansion.
The fact that the France grew faster than Germany seems a bit of a fluke. It appears the French growth may have come via inventory growth rather than final demand.  In any event, no one is bound to conclude that the outperformance of France heralds a change in relative strength.  The same may be said for the US.  The eurozone grew faster in Q1 than the US, but this is unlikely to be sustained, even if it is repeated to a lesser extent in Q2.   Consider than on year-over-year basis, the US economy grew by 3% in Q1 15.  The eurozone grew 1%.
For its part, the euro has been confined to yesterday’s range against the dollar. Its performance today will likely be driven by the US retail sales report.  If the euro does not come off on a strong report, it may be a signal that it will retest the highs set before the US employment data near $1.14.
Meanwhile, data from the world’s second largest economy suggests the slowdown in continuing at the start of Q2.  April retail sales and fixed investment slowed further from March.  Factory output did tick up to 5.9% from 5.6% in March.  Lending and money supply growth also slowed. Last weekend’s rate cut seems to have rendered the data less important than otherwise might have been the case.  In China, the official decision to allow local government bonds to be used for collateral in PBOC operations is also a form of easing policy or credit conditions.  As the market has taken on board that the Chinese economy is slowing, the policy response seems to be of greater importance for investors.
Japan reported its largest current account surplus in seven years. The March surplus stood at JPY2.8 trillion, about a third larger than expected.  In the balance of payment accounting, exports rose 8.4%, and imports rose 1.8%.  Cheap energy is helping keep imports down.  The trade balance swung into a surplus of JPY671.4 bln from a deficit of JPY143 bln in February, trade has long stopped being the driver of Japan’s current account surplus.  The key is that the weak yen translates into greater value of the income from foreign investment.  In addition, tourist inflows, taking advantage of a weaker yen perhaps, also helped bolster the current account surplus.
The dollar is confined to about a 30 pip range against the yen. It is moving nowhere quickly. We are more inclined to see a test on the upside today, assuming the JPY119.70 support area holds.
Lastly, we turn to the UK. The claimant count did not fall as much as expected, but this was more than offset by the gain in average weekly earnings.  The claimant count fell by 12.6k.  The market had expected a 20k decline.  Moreover, the March decline was revised to 16.7k from 20.7k.  Still, the ILO measure of unemployment was eased to 5.5% from 5.6%.  Average weekly earnings rose 1.9% at the year-over-year rate in the three months through March.  This was faster than the 1.7% pace seen in February, and the market expected a steady pace.  Given that CPI was zero in March, the earnings increase translates entire to real income gain.
Separately, the Bank of England’s Quarterly Inflation Report was more dovish than expected, and this spurred some profit-taking on sterling. The BOE revised down this year’s growth to 2.5% from the 2.7% forecast made in three months ago.    Next year’s growth forecast was shaved to 2.6% from 2.9% and 2017 growth seen at 2.4% rather than 2.7%.
The central bank also warned that inflation may fall below zero before recovering. That said, it did increase this year’s inflation forecast to 0.6% from 0.5%, while cutting next year’s to 1.6% from 1.8%.
Short-term UK rates fell in response to the Quarterly Inflation Report. There had been some creeping expectations that a BOE rate hike could take place late this year or early next year.  The signal from the report suggests mid-2016 might be the earliest.  Sterling tested $1.5750 but retreated a full cent after the inflation report to find support in the $1.5635 area.  Only a break of $1.5550 would send the sterling bulls to the sidelines.
Research Report
analyst ratings
blogger opinions
investor sentiment
news sentiment
analyst ratings
insider activity
hedge funds
stats charts
You May Also Like

Currency Outlook Ahead of 2016

Week Ahead is Short but Eventful