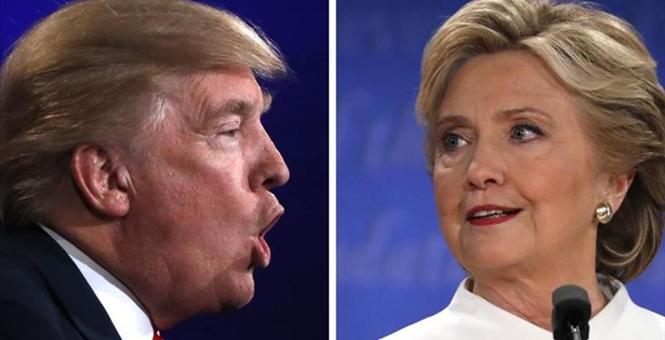 The U.S. presidential election has finally come. Who is likely to win and what can we expect for the gold market after the election?

Election Day is upon us. Today, voters will cast their votes for the next President of the United States. Whose chances are bigger: Hillary Clinton’s or Donald Trump’s? Well, although the Democratic candidate still lead in the polls (by 3 percentage points, according to RealClear Politics), we may say that Trump has evened the race since October 28, 2016. The FBI’s renewed probe against Hillary Clinton definitely gave Trump a boost. However, just on the eve of the vote the FBI cleared Clinton of any criminal charges regarding her personal email server. This decision is another spectacular twist in the final days of the campaign which inhibits Trump’s momentum and increases the odds of Clinton.

Anyway, the statistical methodology of national polls is often flawed. Investors should remember that Clinton’s advantage in some polls is smaller than the margin of error. Swing states are the key here and the momentum may be still on Trump’s side, which may be crucial in this election (the closure of the FBI’s renewed probe probably came too late to change the mindset of some voters and the confidence in Clinton could be permanently undermined). A lot depends on undecided voters. By the way, the large number of such voters is the reason why the polls are often inaccurate.

If Trump wins, gold should shine, at least initially, until investors get to know his agenda. He is considered unpredictable and markets are afraid of his protectionist ideas. We believe that Trump would soften his positions after being elected, but his victory could lead to a flight to safety, including gold. The shake up in the markets would also force the Fed to postpone its interest rate from December, which would also support the price of gold.

If Clinton wins, gold prices would probably decline in the short term, due to the eased uncertainty and more risk appetites in the markets, and the heightened odds of a Fed rate hike in December. However, in the long run, the outlook for gold remains bullish. Clinton’s victory would imply status quo, which means sluggish growth and perhaps more government spending in the future. A lot depends also on Trump’s reaction to her victory (whether he concedes or cites the possibility of impeachment etc.) and the outcome of elections to the House of Representatives and Senate.

The take-home message is that the outcome is a big unknown. Clinton leads the race, but momentum is (or rather was until Monday) on Trump’s side. The long-term impact of the presidential election on the price of gold is probably overstated, but this week may be very volatile for the precious metals market. The recent turmoil caused by the FBI clearly shows that Trump’s victory should be bullish, while Clinton’s success would be bearish for gold. However, a lot depends also on such factors as the outcome of the elections to Congress, the reaction of the defeated candidate, and the winner’s agenda.