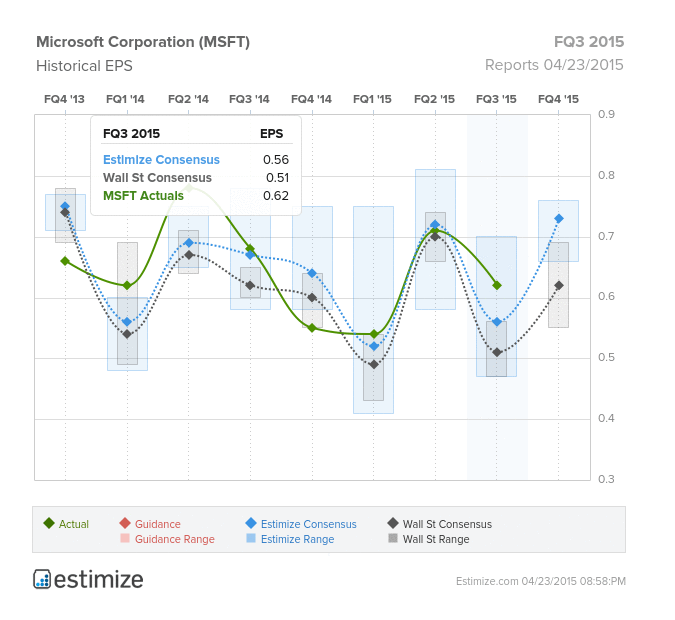 Growth in consumer products and cloud computing boosted Microsoft’s earnings to 62 cents per share, beating the Estimize consensus of 56 cents and the Wall Street consensus of 51 cents. 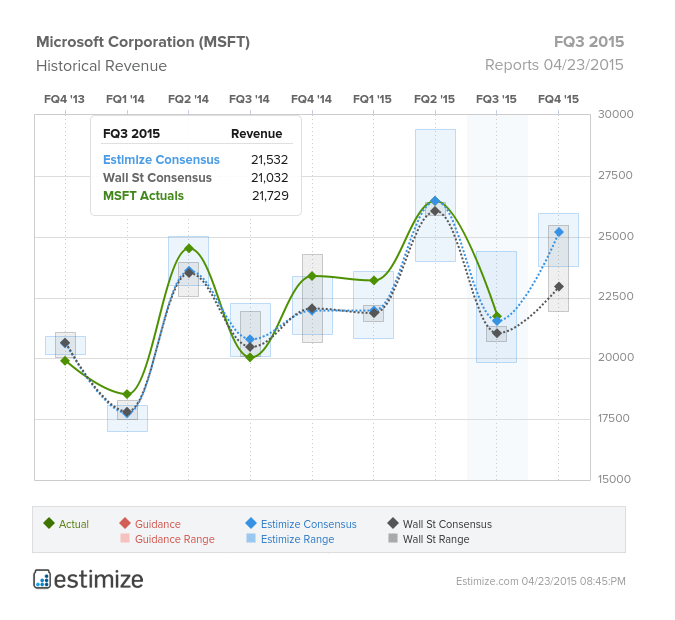 Microsoft’s revenue was great this quarter too. The software and technology company reported $21.7 billion in revenue, topping the Estimize consensus of $21.5 billion and easily hurdling the Street’s view of $21.0 billion.

On the consumer front Microsoft’s Surface was a big winner. Surface sales rose to $713 million, up 44% from the same quarter of last year. Office 365 was also a positive force, Microsoft added 12.4 million subscribers increasing its user base by 35% sequentially. Even search revenue increased by 21% thanks to Bing.

On the commercial side cloud computing revenue was up an impressive 106% year over year. Microsoft attributes its cloud strenth to Office 365, Azure and Dynamics CRM Online. Windows was the one weak spot in Microsoft’s report due to the softness in the PC market. Windows licensing revenue declined 2% this quarter (up 1% excluding foreign exchange). CEO Satya Nadella’s plan to transform Microsoft into a modern cloud computing company seems to off to a promising start.