Consoldiation Flavor of the Day 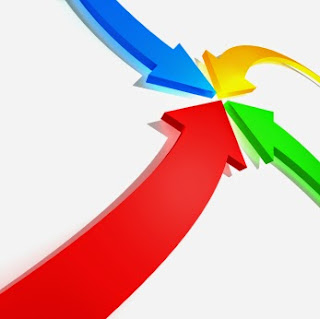 The US dollar continues to consolidate in uninspiring activity.  There is little technical indication that the downside correction is over.  At the same time, US interest rates remain softer, and today's durable goods orders report is not expected to give the dollar bulls much help.  Large option expiries today and tomorrow may also serve to contain the price action.  Between today and tomorrow nearly 3.4 bln euros of $1.09 strikes and $2 bln of JPY120 strikes expire.

The US dollar is mixed, but largely confined to its recent ranges. The euro and sterling are firmer, the yen unchanged, and the dollar bloc softer. Among the emerging market currencies, the Russian ruble is the strongest, gaining more than 1.5% against the dollar. The Hungarian forint is also stronger after yesterday's 15 bp rate cut. Asian equities were firm, though MSCI Emerging Market equity index is off by more than 1%. European shares are lower, with the Dow Jones Stoxx 600 is off by about 0.25% near midday in London. Information technology and energy are the weakest sectors. Core bond yields are mostly softer, while peripheral European bond yields are 1-2 bp higher. In the first two weeks of its sovereign bond purchase program, the ECB has been buying almost 3 bln euros a day.

The news stream is light, which is also conducive for the consolidative tone.   There were three highlights from the European morning.  First, French business confidence ticked up in March to reach a three-year high.  This may reflect the pro-business shift by the Hollande government and the reforms pushed through last month.
Second, German's IFO confirms other survey data indicating that Europe's largest economy is on firm footing in Q1.  The measures of the business climate rose to 107.9 from 106.8 to stand at its best level since last July.  The current assessment rose to 112.0 from 111.3.   The expectations component rose to 103.9 from 102.5 and was the highest since last June.
Third softer than expected manufacturing confidence in Sweden weighed on the krona.  The March reading slipped to 101.2 from a revised 105.8 (was 106.8).  The krona  spiked lower last week after the surprise easing move.  It had been staging a weak recovery that was stopped in its tracks with today's report.
The euro is trading just below CHF1.05 after yesterday sharp retreat.  Recall that shortly after the January 15 decision to abandon the cap, a local press report claimed a new unofficial range of CHF1.05-CHF1.10.  Yesterday was the first day in over a month that the euro slipped through the CHF1.05 level.   Market talk suggests that corporates and leveraged accounts were sellers of the euro yesterday on ideas that the SNB is not prepared to cut rates again after passing on the opportunity last week.  Still, the IMF had suggested that it may want to consider buying foreign assets again, as it did before introducing the currency cap.  An SNB official earlier this week did suggest it was one of several policy options being considered.
Greece remains very much in focus today though local markets are closed for Independence Day.  The government has reportedly been resorting to swaps with various government arms (e.g. public health fund and Athens metro) to raise short-term cash.  The ESM meets and appears to be possibly preparing for some micro-tranche payment as early as next week, IF the Greek government submits, for the third time, a set of reform proposals that its official creditors will find credible.
The ECB will also hold a call today and may expand ELA funding authorization, but Greek banks have been banned from buying any more government T-bills.  The purpose of the ELA is to meet the banks' liquidity needs, not as a back door funding facility for the government.   We continue to believe a deal will be struck shortly, and the Grexit fears will ease (though may return toward the end of next month).  Some observers, like Soros, have recently suggested that odds of an exit are 50/50.   Brinkmanship tactics require going to the brink.  One of the problems with such tactic is that it wastes time during which the country's economic and financial conditions deteriorate.
Brazil's central bank is scaling bank is support for the BRL and indicated it will cease selling new fx swaps that have dramatically increased the government’s dollar liabilities at the end of this month.  Old contracts will continue to be rolled over.  The central bank may still hold auctions for dollar loans.   The program is about two years old, and during it, the swaps increased the dollar liability to over $100 bln.    The program has been gradually reduced.   The Brazilian real is the weakest of the emerging market currencies here in Q1, losing more than 15% against the dollar.
Ukraine’s debt restructuring talks have begun, and Moody’s cut its rating one notch to Ca.  Private creditors are expected to experience substantial losses.  What makes it particularly complicated is that among is  that private sector investors may be emboldened by the obstructionist efforts of one of Ukraine’s significant creditors:  Russia.  Both Russia and a large private sector investor have indicated they will not accept cuts to the principal value.  They reportedly hold around $10 bln of Ukraine bonds.
Research Report
analyst ratings
blogger opinions
investor sentiment
news sentiment
analyst ratings
insider activity
hedge funds
stats charts
You May Also Like