China’s Stock Market: Why This Is An Ideal Moment To Invest

I want to give you a truthful look at what’s happening in the single most underestimated, misunderstood, and perpetually disrespected country on earth: China. 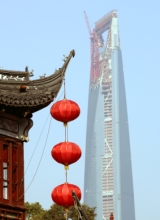 We’ll examine why China’s stock market is creating an ideal moment to invest, how savvy investors are jumping in, and what steps you can take to join them (including three investments you can make today).

Here’s everything you need to know…

Analysts Have Helped Create a $28.3 Billion Disconnect in World Markets

The latest “paranoid punditry” is coming from the head of emerging markets and global macro at Morgan Stanley Investment Management, Ruchir Sharma.

On China: Use History as Your Guide

Doomsday predictions related to China are nothing new. They’ve been spread for years by companies and individuals commanding very large audiences.

The New York Times warned readers on January 18, 2004, that China “may be in a bubble now, especially on the investment side of the economy.” Since then, China’s GDP has surged by 297%.

Famed short seller Jim Chanos, who’s made huge waves in the national media for years about China’s looming meltdown, won’t give up the ghost. On April 3, 2015, he noted on CNBC that China’s panicking in the face of sluggish growth.

But that’s fine, because it means bigger profits for you

Speaking this week at the Global Private Equity Conference in Washington, D.C., he said he’s of the opinion that the worst of the Chinese economic slowdown is still ahead because of the nation’s debt. Specifically, he noted that whenever a country increases its debt to GDP sharply over five years, there’s a “70% chance of a financial crisis and 100% chance of a major economic slowdown,” as reported by Yahoo! Finance. The implication, of course, is that China’s going to see the same.

Respectfully, I really wish guys like Sharma would crawl into a hole somewhere. Their version of doom and gloom just isn’t true. China’s latest market rally began in Q2/2014 and tacked on 128% through the end of April.

Sharma is essentially making the same argument that many others have made for the last 40 years… and for 40 years they’ve been dead wrong.

Here’s where China’s got key advantages.

So what if China’s growth falls from 7% to 5%…? The United States will be lucky to do just 2% after spending trillions of dollars! You’re still talking about a country with a growth rate that’s double or even triple our own. Any central banker around the world will love to have those numbers.

Even if you can’t mentally get past that point about growth – and lot of people can’t for a variety of reasons – take a look at this chart.

China’s got around $4 trillion USD in reserve. That means Beijing can recapitalize China’s banking system several times over and still have change left. (Meanwhile, the United States is $220 trillion in the hole.)

There’s no question China can “term out” the debt and take a page from our politicians by kicking the can down the road – a point Robert Petty of Clearwater Capital Partners made that echoes my own in response to Sharma’s observations.