China Economy: China Is One Of ‘Us’ Now

What does it take to be successful as a “journalist” in the mainstream media? Two requirements. First, one must be capable of absolute tunnel-vision. Second, one must have the ability to never get distracted by the facts. We see these two principles continuously on display, in the pseudo-reporting by Western media on China’s economy. 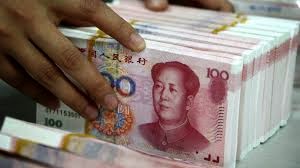 The Chicken-Little, China-bashing by the Western media oligopoly began as a propaganda response to the Crash of ’08. Specifically, the bursting of Wall Street’s last mega-bubbles, and the $trillions in “bail-out” money which these criminals also extorted has fatally crippled the already-dying U.S. economy.

Since that point in time; it has been impossible to depict any genuine health in the U.S. economy. Instead, all we have gotten is totally concocted and utterly absurd statistics pretending to show lots of “new jobs” and “strong growth”, in what the peddlers of this fairy-tale portray as a Never-Ending Recovery.

What has been the actual result of six years of this pseudo-recovery, in the real world? Three million less jobs than when the recovery began, with millions of full-time jobs becoming part-time, and millions of good jobs turning into minimum-wage slavery.

With any/all U.S. economic “strength” being nothing but smoke-and-mirrors propaganda; these serial liars have resorted to a Reverse Beauty Contest. With it being impossible to make the U.S. economy look “beautiful”; the Corporate media has resorted to attempting to make all the world’s other economies look more-ugly.

Naturally, at the top of this hit-list in attempting to denigrate the economies of the Rest of the World is the world’s most-robust (and soon largest) economy: China. The first-wave of this China-bashing was hysterical drivel about “China’s ghost cities”.

The mythology went like this. China’s economy had become “a bubble” (way back in 2009), because it had supposedly wasted vast sums of time/money/labour constructing “ghost cities”, which supposedly would never be needed. The reality? In this planned economy; China was building new, well-ordered cities, from scratch.

The numbers sounded grandiose (to those listening to the propaganda with passive minds), but not so once some rational context is added. The so-called “ghost cities” provided future-residences for roughly 50 million people. But this is for a rapidly-urbanizing population of (now) 1.35 billion people. It’s enough housing for less than 4% of China’s population.

Previous experiences (globally) with rapid industrialization – like our own Industrial Revolution – produced large swaths of industrial slums, as construction companies threw together cheap housing complexes in a desperate attempt to keep up with the rapid migration of our populations from rural to urban environments.

With China’s so-called “ghost cities”, which even the propaganda machine noted were maintained in sparkling, pristine condition; there are no industrial slums, nor development-chaos, as the construction of housing units lags the growth of the working population. Those problems are found only in China’s older cities.

For six years; we have been fed a steady diet of China-is-a-bubble, China-is-going-to-crash drivel, and for six years the mainstream media Chicken Littles have been exposed as the frauds that they are. The ammunition for this inane China-bashing has changed as the years have gone by, as these spin-doctors grasp at any data they think can be twisted to suit their fear-mongering.

The latest nonsense is especially specious, particularly once we contrast China with the crippled economies of the West, and thus it is a particularly good illustration of the lack of coherence and rationality of Western media.

One can almost hear the melodramatic music in the background, indicating that a crisis nears. However, as noted at the beginning of this piece; only minds which were locked into their own tunnel-vision, and totally oblivious to the facts could produce such silly hyperbole.

Before dealing with the facts; let’s make explicit the reasoning of these serial liars. Central banks raise interest rates to “cool off” economies, and they lower interest rates to “stimulate” economies; so goes the dogma. Thus (according to the propaganda); with China’s central bank having engaged in this stimulation three times, this must mean its economy is “sputtering”.

The childish simplicity of this reasoning is immediately apparent the moment we add facts and context. What is China’s benchmark interest rate now, after being cut for the third time? It’s at 5.1%. In other words; even by the standards of normal and legitimate economies, China previously had (and still has) relatively high interest rates.

Does normalizing its interest rate (slightly) down to some more moderate level even suggest that its economy is “sputtering”? Not at all. But the absurdity of the Corporate media’s propaganda is much more apparent when we compare the interest rate of China with the rates of the morally/intellectually/economically bankrupt West.

But that’s not the peak of this insanity, and ludicrous hypocrisy. Western interest rates are no longer frozen. These criminal governments have now begun pushing their interest rates into openly fraudulent territory: negative interest rates – where borrowers (i.e. banks) steal the money of lenders.

Six years of 0% and near-zero interest rates across the Western world couldn’t breathe the tiniest semblance of life into these Zombie economies. So now the Criminals (i.e. our governments) are implementing wealth-confiscation as a supposed form of “economic stimulus” – while the mainstream drones continue to babble about “China sputtering”.

The great irony here is that one day the Chicken Littles will be right. No economy grows forever (except for the Mythical Land of Us), and thus at some point the propaganda of the corporate media will actually (briefly) intersect with the facts. Indeed, there have been some legitimate signs of credit-excesses and malinvestment in China, the harbingers of the end of a growth cycle.

Again, however, if we contrast this with the West; it becomes immediately apparent where the Chicken Littles should be directing their shrieks about “bubbles” and “crashes”. While China’s economy exhibits unmistakable pockets of malinvestment; the entire, Western fraud-economy is little more than a giant, steaming mound of malinvestment.

“Financial services” now reign supreme at the top of the West’s Ponzi-scheme economic system. What do we see the moment we look at this “industry”, which is little more than a front for organized crime? We see the banker’s playground: a totally unregulated rigged casino they call “the derivatives market”. The total value of the (illegal) betting in this market exceeds twenty times the size of the (real) global economy. It is “malinvestment” taken to its ultimate, most-insane, most-fraudulent extreme.

The derivatives market of this crime syndicate is literally the Mother of All Bubbles, but it is only one of the grossly unsustainable and imminently catastrophic bubbles which have been cobbled together by this financial crime syndicate, i.e. the One Bank. We also have the bond bubble, the equities bubble, the real estate bubble, the student-debt bubble, along with anything and everything else that these criminals could pump-up to the level of insanity.

Even near the end of its current growth-cycle; China is the poster-boy for everything which Western governments should be doing (if they were still legitimate representatives for their own people). And China’s economy, in some ways at least, is everything which we should aspire towards in our own economies. Indeed, at one time, our own economies did have much in common with 21st century China.

Now all we have is the Wonderland Matrix. Western economies can freeze their interest rates at 0% (or lower) and remain “strong”. But when China lowers its interest rate toward moderate levels; we immediately get another chorus of “bubble” and “crash” babble from the Chicken Littles.