Can Sonic Continue to Outperform its Larger Fast Food Peers?


Quick-service drive-in restaurant chain, Sonic Corporation (NASDAQ:SONC) is set to report fiscal Q2 2015 results this afternoon. The Estimize community is calling for EPS of $0.13, a penny higher than the Wall Street expectation. However, revenues are anticipated to come in at $123.8M, a tad lower than the Street’s consensus for $124.4M. With that said, this could be the 7th consecutive quarter for double-digit growth on the bottom-line, and the 2nd quarter of double-digit growth on the top-line. 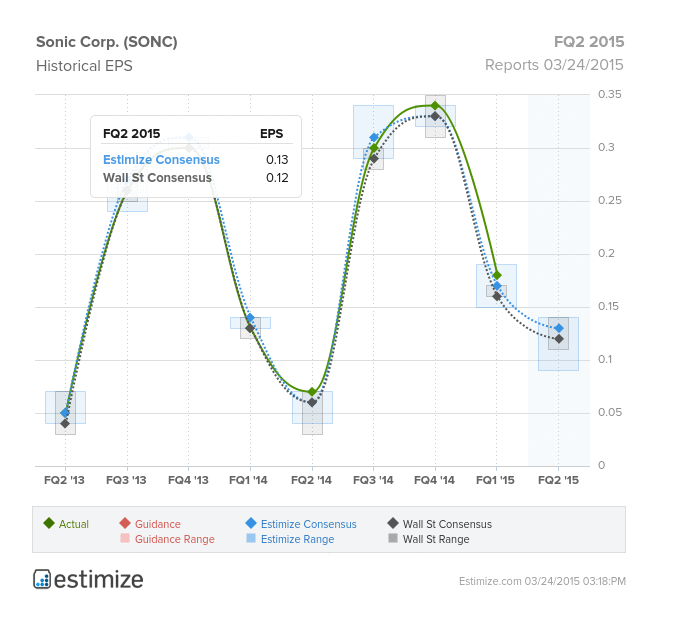 One major reason the Estimize community is expecting a miss on sales is the increased cost of beef, a concern that has been weighing on fast food joints for the last couple of years. The price of beef has risen almost 20% in the past year, while chicken prices are down 10%, meaning quick-service chains are now pushing chicken products, with Sonic recently introducing their new “Super Crunch Chicken Strips.” The margins from poultry and even pork are much more advantageous as compared to beef.

Sonic does have something over its more well-known peers, however. Unlike competitors McDonald’s and Burger King, Sonic is domestically focused, operating 3,500 restaurants in 44 U.S. states, and therefore won’t have the negative impact from currency headwinds. The stronger dollar has been a thorn in the side of multinational companies for the last couple of quarters, and will no doubt be a source of lost revenues in the first quarter. 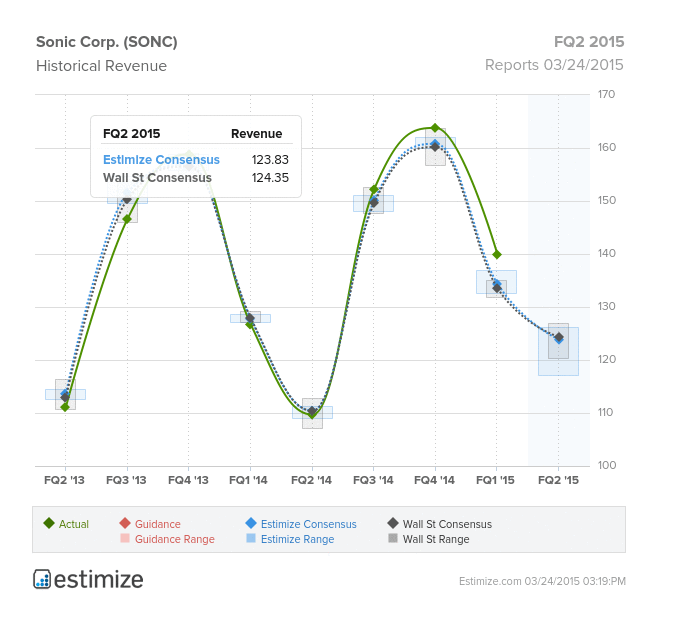 Sonic has already pre-announced same-restaurant sales of 11.5% for the second fiscal quarter, nearly double what analysts were looking for due to heavier than expected traffic. The company’s stock has been doing incredibly well too, up over 30% this year, with recent price target increases from Oppenheimer, Telsey Advisory Group and others.

We Recommend Taking Advantage of Sonic Corporation Shares Under $30: Oppenheimer