American fast-casual staple Chipotle Mexican Grill, Inc. (NYSE:CMG) is set to report 3rd quarter earnings today after the closing bell. The Estimize consensus is calling for EPS of $4.65 and revenue of $1.22 billion while Wall Street Analysts are not far off, estimating EPS of $4.64 and revenue of $1.21 billion. Chipotle has been growing rapidly and investors are keen to learn whether or not this growth can be sustained. 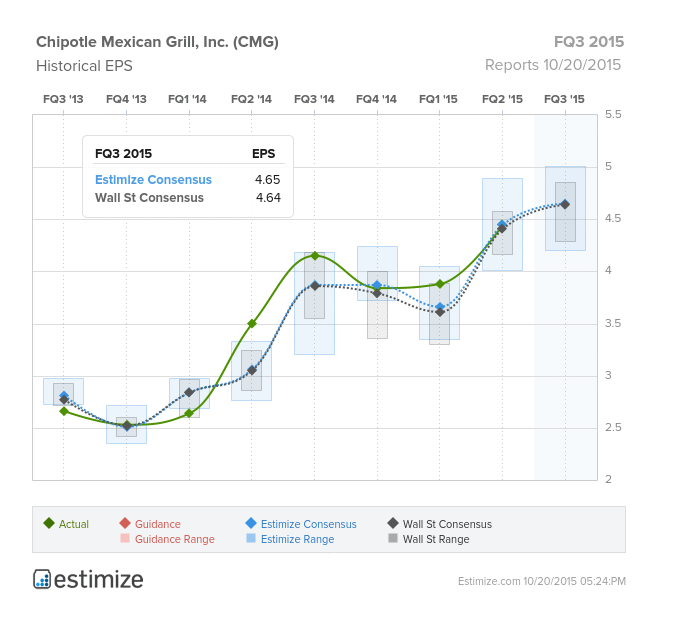 Same-store sales figures are an incredibly important metric to look at when analyzing the food & beverage industry. The Colorado based “fast casual” chain is expecting same-store sales growth to increase by low single digit percentages by the end of the year. However, figures have been declining the past 3 quarters. To put this change in perspective, the restaurant experienced a monstrous 19.8% gain in same-stores growth in last year’s 3rd quarter. The question remains if whether or not consumers have grown out of the “Mexican” cuisine and are branching out to other options. Several other healthy Chipotle-esque stores have emerged and may be a contributing factor.

Slowing same-store sales growth might also lead to lower profits. The rise in labor and meat costs may be difficult to offset with strong sales numbers. Beef and poultry prices have increased by 5-6% and 2-3% respectively, ultimately leaving restaurants no other choice other than to raise prices. In Chipotle’s case, it does not appear that higher menu prices have affected customer loyalty. 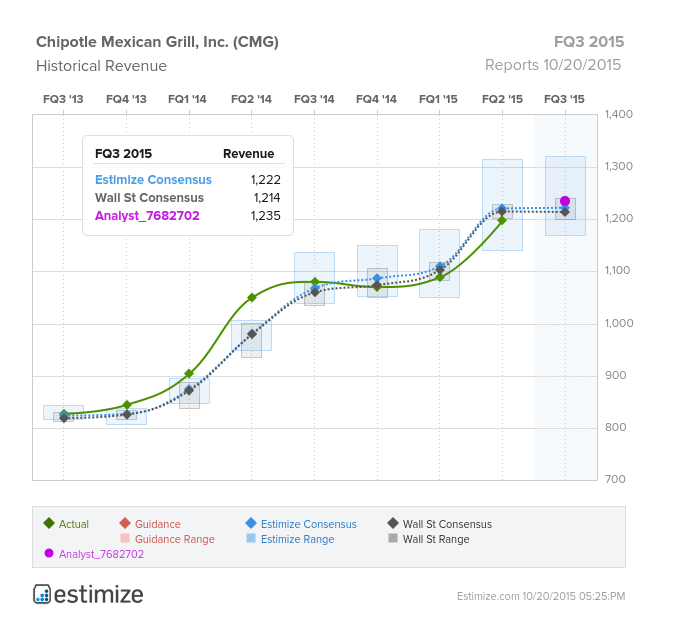 The Triumphant Return of Carnitas!

After an audit, the burrito/burrito bowl empire discovered its primary pork supplier violated company animal treatment guidelines. In response, Chipotle suspended Carnitas availability in all stores. Recently, in late September, the firm brought Carnitas back in 90% of stores after securing a new, UK based supplier. The lack of pork in stores negatively impacted sales by roughly 2%. Though the timeframe of the prominent return of Carnitas has been short, this highly popular item might be able to help sales most likely to be seen in the next quarter. Shares jumped roughly 2% following the announcement.

Can the chain still grow?

Chipotle has faced amazing growth the past 5 years. 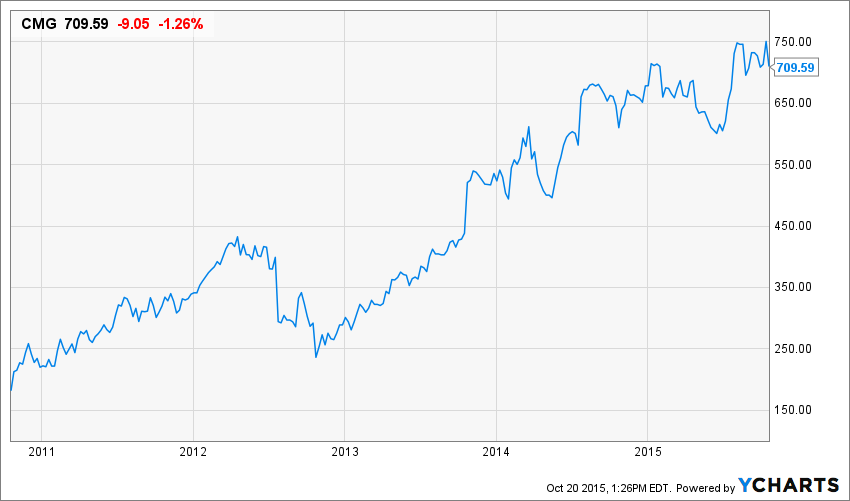 But as competitors are beginning to imitate the restaurant’s style, there may be a fight for market share. Several opponents have been emphasizing a healthier approach and have been removing artificial ingredients from items. Specifically, Taco Bell is opening two new urban restaurants to emphasize healthier options and rival Chipotle by selling alcohol and appetizers. Chipotle thrives in the urban scene and Taco Bell’s initial move, though not quite aggressive, will peak consumer curiosity. The main challenge for Chipotle is continuing to better position itself compared to its rivals.