Very rarely does the Estimize community have a corporate earnings or revenue consensus that is lower than Wall Street’s, but this is the case for Abercrombie & Fitch Co. (NYSE:ANF) which is set to report results tomorrow after the bell. The Estimize EPS consensus calls for -$0.36 vs. Wall Street’s -$0.34. Revenues of $729M are also below the Street’s estimate for $734M. 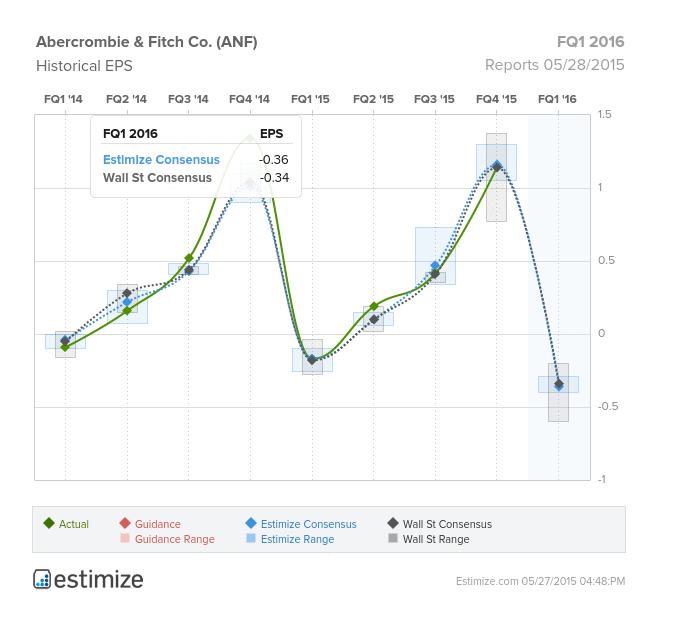 Abercrombie is well aware of what the issues are, but can they reverse them? They’ve already ditched logoed gear which has fallen out of favor with teens, and they recently announced they were getting rid of suggestive and sexy images that have long been a staple of their marketing strategy. There has also been a push to diversify stores which have traditionally been staffed by preppy all-American employees. 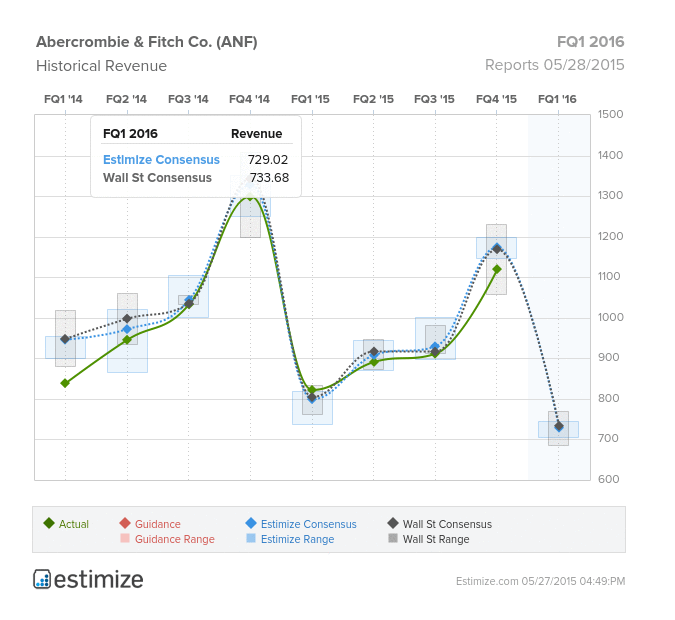 Teen retailers continue to lose market share to the “fast fashion” names such as H&M, Zara and Forever 21. Fellow teen retailer Aeropostale reported crushing Q1 results last week, with EPS of -$0.56 missing analysts’ estimates. Revenues also missed, signifying a 20% year-over-year decline. Not all in this space have been doing poorly, however, American Eagle Outfitters put up superb results last week, beating on both the top and bottom-line, and even growing EPS 650% from the year-ago quarter. 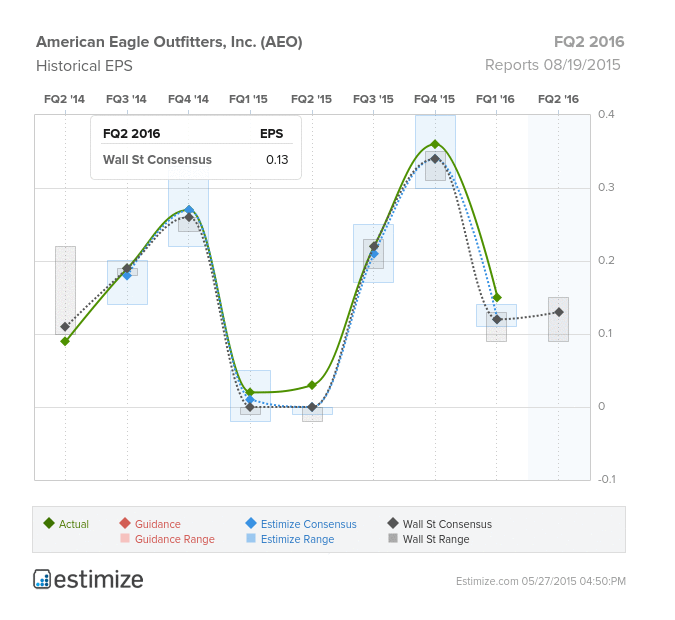 As for Abercrombie, they haven’t only been struggling here in the US, but internationally as well, posting 11 consecutive quarters of negative same store sales, a trend that is only being exacerbated by the stronger dollar. The stock is down around 30% this year, and could use a positive surprise tomorrow and maybe some news of an appointed CEO which they have been without for 5 months.