Israel “Izzy” Englander, the son of parents who immigrated from Poland, is a true testament to the kind of dreams that built the foundation of America. Emerging from humble beginnings to a fortune of $5.2 billion, the New York University graduate founded his hedge fund Millennium Management. Now 28 years in the making, the firm has skyrocketed from $35 million to a massive $34 billion in assets. Englander is a guru in all things Wall Street, and it shows, as Millennium outclasses most of its rivals in the trading game. How did stocks like Baozun Inc (ADR) (NASDAQ:BZUN), Nutanix Inc (NASDAQ:NTNX), and MannKind Corporation (NASDAQ:MNKD) stack up from the billionaire’s expert gaze? Let’s explore. Millennium Management cut loose 91,929 shares in Baozun in its most recent quarterly play, taking its position down to 28,092 shares worth $623,000. This was a wisely-timed move for the billionaire, as the Chinese retailing consultant/service provider tripped up when it came to expectations for the firm’s second-quarter results, letting shareholders down on earnings and third-quarter revenue outlook.

After handing over a lackluster quarterly print, investors fled the scene of the disastrous showcase, sending shares falling chaotically 25%; even though the company did outclass on top and bottom line.  However, when this is a stock whose seen a doubling in the market from the end of April onward, and shares nearly tripling over the track of 2017, Wall Street was not left smiling.

Caution is circling this stock in general. Additionally, according to TipRanks, in the last 3 months, Eileen Deng of Deutsche Bank rates a Hold on Baozun stock with a $30 price target, which represents a 10% increase from where the stock is currently trading.

Now is the Time to Latch onto Nutanix

Nutanix got a hike up from Izzy Englander, as the billionaire added 278,865 shares, boosting his hedge fund firm’s position to 296,614 shares worth $5,977,000. The enterprise infrastructure equipment maker just outclassed the market yesterday with a robust fiscal fourth-quarter print thanks to soaring revenues after NTNX’s first year as a public firm, sending shares up past 8% in pre-market trading.

Looking ahead to the first fiscal quarter of 2018, the NTNX team guides revenue between $240 million and $250 million, meaningfully above consensus expectations calling for $232 million. In terms of net loss, NTNX aligns with consensus at $0.33.

From the perspective of NTNX CEO Dheeraj Pandey, this stellar quarterly showcase marks “an outstanding conclusion to the fiscal year,” a period that has revealed “continued adoption of AHV, increased software-only sales, strong growth from our OEM partners, and positive operating cash flow.”

“This quarter, marked by record revenues, continued adoption of AHV, increased software-only sales, strong growth from our OEM partners, and positive operating cash flow, was a great way to end our first year as a public company,” asserts Pandey.

Nutanix Calm and Xi Cloud services give the firm an upper hand in capturing the market “by simplifying and harmonizing datacenter operations for the multi-cloud era.”

The rest of Wall Street echoes the financial guru’s bullish play, as TipRanks analytics exhibit NTNX as a Strong Buy. Out of 10 analysts polled by TipRanks in the last 3 months, 9 are bullish on Nutanix stock while 1 remains sidelined. With a return potential of nearly 39%, the stock’s consensus target price stands at $30.50.

Englander clearly spots an advantage in MannKind, as he guided his firm to spring for an extra 744,532 shares, raising Millennium’s stake to 822,192 shares worth $1,159,000. It was a second-quarter move that is paying off already for the billionaire, as investors this week have been trumpeting enthusiasm for the biotech firm, with shares racing almost 15% yesterday and another 6% pop in pre-market today. This is a week that witnessed MNKD’s inhalable insulin treatment Afrezza step up in sales, true- but more importantly, the firm launched its highly-anticipated pediatric clinical trial.

Maxim analyst Jason Kolbert believes the firm is “transforming the diabetes market with inhalable insulin Afrezza,” which is the quickest-acting insulin available on the market, improving management of blood sugar as well as patient quality of life. Considering the global injectable insulin market is one that boasts close to $30 billion, which includes $7 billion on the domestic front, it is no wonder Englander likewise pinpoints real potential with this investment.

After reacquiring the full rights to Afrezza from Sanofi last year on back of a short-lived, underwhelming launch, the stock’s valuation plummeted to the “low end of the spectrum,” says Kolbert. Yet, the winds of sand have shifted to the firm’s favor, as “MannKind now has the right management team in place, has built commercial infrastructure, and is executing a commercialization strategy that poises the company for a turnaround, which should unlock value for investors,” cheers the analyst.

Meanwhile, “The relaunch of Afrezza initiated in 2H16 and is building traction,” Kolbert underscores, elaborating, “The company has a sales force of nearly 100 Afrezza-dedicated representatives targeting insulin-prescribing physicians. Pricing is competitive to injectable insulin and MannKind is building awareness with doctors, payers, and patients.”

As such, the analyst reiterates a Buy on MannKind stock with a $4 price target, which represents a 93% increase from where the stock is currently trading. (To watch Kolbert’s track record, click here)

Ultimately, Kolbert sees meaningful gains ahead for MannKind, contending, “Afrezza could shift the paradigm in diabetes management and with Afrezza now in the hands of a very capable management team, the focus is on execution. In the U.S., a conservative 5% share of the insulin market is a $350M opportunity. At the current ~$120M market capitalization there is significant upside, in our view.”

With such promising stock value just waiting to be unlocked, momentum seems to shine for MannKind, and Englander is swooping in for a solid investment option. However, when comparing the hedge fund guru’s bullish amp up in shares against how the rest of the Street is trading, according to TipRanks, others have been bearish on the stock in the past year. Cory Kasimov of J.P. Morgan rates a Sell without listing a price target and Joshua Schimmer of Piper Jaffray rates a Sell on MNKD with a $0.54 price target, which implies a nearly 74% downside from current levels. 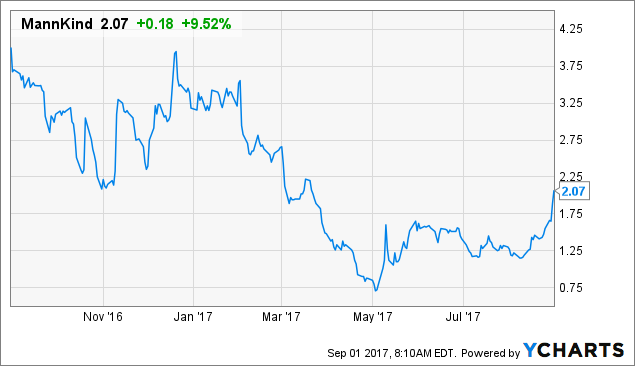 Baozun Inc (ADR) (BZUN): A Top Chinese Internet Stock You Should Look At