EconMatters- May 28, 2015, 12:55 PM EDT
SHARE ON:
Main Street investors are not the only ones who have been surprised by the speed and magnitude of the oil price collapse over the last year. Institutional investors and even analysts at major investment banks were mostly caught off-guard as well. Unfortunately, at this stage there is very little consensus on where oil prices are headed either in the short-term or the long-term.
In the face of this new reality, the landscape of professional traders in the commodities space is changing. For a long time, major investment banks have made enormous profits by trading and storing physical commodities. In the last year or so, that has started to change. 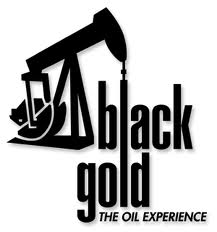 First, the slow-motion collapse of the Chinese economy and the enormous fall in prices for a range of commodities led to slowing profits in some areas of the physical commodity trading. It may now be the case that oil and energy trading is not the profit machine it once was.
Morgan Stanley recently announced a deal to sell its physical oil trading business to a virtually unknown Connecticut entity; Castleton Commodities International. The deal catapults Castleton into the top tier of oil traders overnight. Morgan Stanley’s oil trading business was the oldest and largest on Wall Street, and while the deal is not particularly material to Morgan Stanley as a company from a profit perspective, it does emphasize how the commodities world is changing.
Apparently, the plunge in oil prices has simply been too great for some investment banks to handle. Add to that the strain on capital due to new Dodd-Frank Act regulations and the inherent volatility of commodity markets, and most major companies are likely to stay away altogether. Morgan Stanley’s deal with Castleton comes just months after famed commodities trading firm Phibro was shut down by Occidental Petroleum. Of course, Occidental only came to own that business after it proved too hot for Citi to handle in the depths of the financial crisis, as the firm came under fire for paying a huge bonus to massively successful commodities trader Andrew Hall. Phibro’s large but sporadic trading profits were apparently too volatile and uncertain for Occidental Petroleum to tolerate, and the firm was unable to find another buyer for the business unit.
As major companies exit physical commodities trading, they are opening the door to new firms like Castleton, which will become the giants of tomorrow. It also makes accurate and effective research on commodities more difficult to obtain, as the research analysts that supported the physical trading businesses at banks are also likely to exit over time.
In addition though, the sale of these physical trading businesses is also likely to open up new opportunities for profit in energy infrastructure. With big names (and very big checkbooks) like Morgan Stanley and Phibro getting out of the business, capital for energy infrastructure building and development will likely become scarcer. This, in turn, will probably lead to higher profits for those who are willing to supply capital. That would certainly include new firms like Castleton, but also potentially venture capital and private equity funds.
Blackstone, Apollo, and others have raised enormous pools of money to invest specifically in the energy business. With traditional banks getting out of the space, this may open the door to a new generation of physical energy investors to reap big profits. Regardless of who these investors are, one thing is certain: commodities infrastructure is an important and profitable part of a modern economy and that profit opportunity will guarantee investment and capital continue to flow.
Research Report
analyst ratings
blogger opinions
investor sentiment
news sentiment
analyst ratings
insider activity
hedge funds
stats charts
You May Also Like