Baker Hughes Incorporated (NYSE:BHI), which will be acquired by Halliburton later this year, reported record revenue of $6.6 B in Q4 2014, up 6 percent compared to Q4 of 2013.

It also announced $663 million in net earnings, exceeding Wall Street expectations. The company is a global supplier of oilfield services, products, systems, and technology to the oil & natural gas industry, and a provider of industrial products to the chemical and energy industry. It operates in more than 80 countries, with the North American division leading revenue growth.

Baker Hughes and the other oil service providers assist drilling firms in setting up oil wells, and the company’s performance is hyper-sensitive to the price of oil. Despite its strong quarterly performance, Baker Hughes announced that it forecast the decline in oil prices will result in the loss of up to 60 percent of the number of oil rigs within the next 12 months. The company joined the ranks of the other oil service providers in announcing a layoff of workers. The jobs of 7,700 – or 11 percent of its workforce – will be cut in preparation for the anticipated order downturn from the plunge in oil prices, which have fallen almost 50 percent in the past 6 months

See also our analysis of Halliburton Company and Schlumberger NV.

There is sometimes a tension in companies’ performance between a focus on market share and a focus on profit or earnings growth. 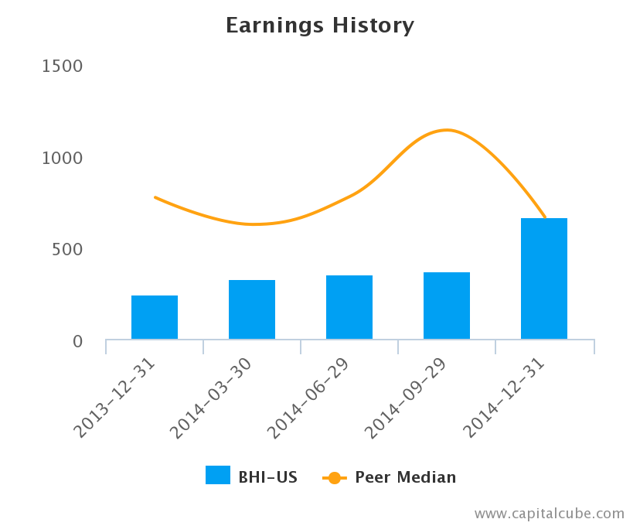 Compared to the same quarter last year, Baker Hughes’ change in revenue trailed its earnings performance, which, at $663 million, was more than double the earnings from the same quarter last year. The company’s performance this period suggests a focus on boosting bottom-line earnings. While the revenue performance could be better, it is important to note that the quarterly change in revenue was second only to Halliburton among its peers thus far. Also, for comparison purposes, revenue changed by 6.2 percent and earnings by 76.8 percent compared to the immediate last quarter. 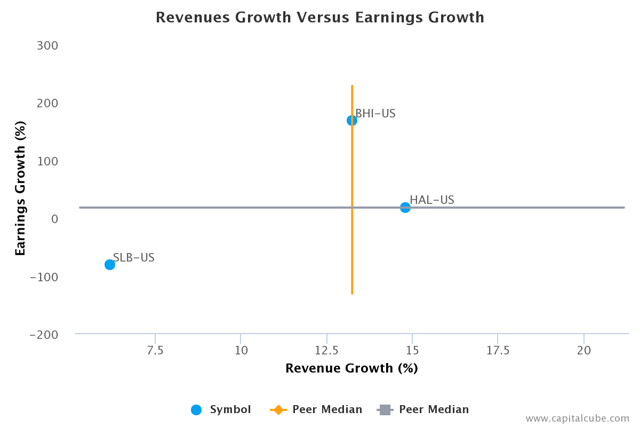 The company’s earnings growth was influenced by year-on-year improvement in gross margins from 20.9 percent to 29.1 percent, as well as better cost controls. As a result, the operating margins (EBITDA margins) rose from 15.2 percent to 22.4 percent compared to Q4 of 2013. For comparison, gross margins were 26.1 percent and EBITDA margins were 19.0 percent in Q3 of 2014. 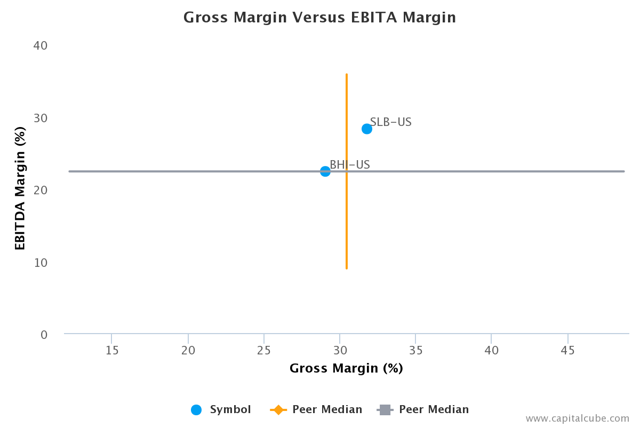 Companies sometimes sacrifice improvements in revenues and margins in order to extend friendlier terms to customers and vendors. CapitalCube assesses such activity by comparing the changes in gross margins with any changes in working capital. If the gross margins improved without a worsening of working capital, it is possible that the company’s performance is a result of truly delivering in the marketplace and not simply an accounting prop-up using the balance sheet. 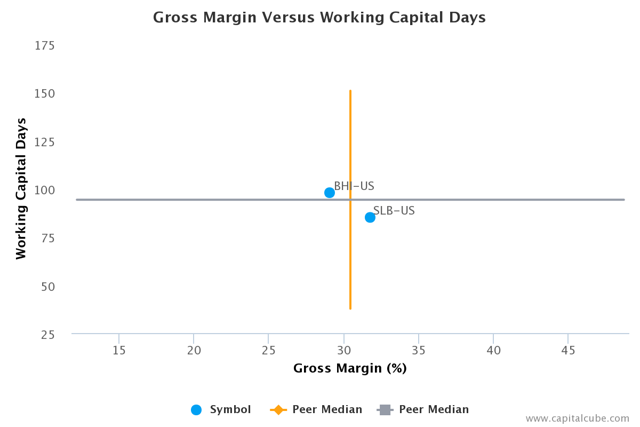 Baker Hughes’ improvement in gross margin has been accompanied by an improvement in its balance sheet as well. This suggests that gross margin improvements are likely from operating decisions and not accounting gimmicks. Its working capital days have declined to 97.8 days from 105.0 days for the same period last year. 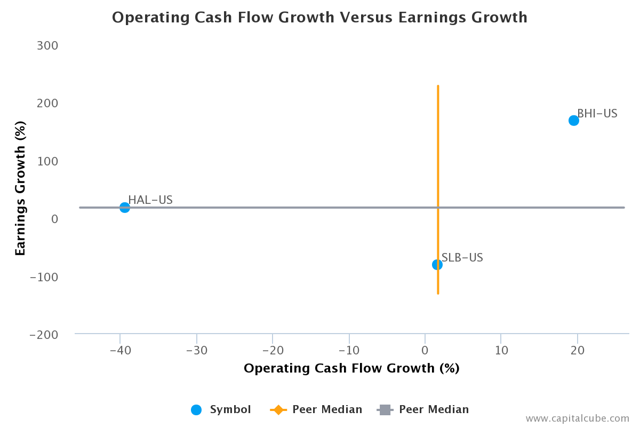 The company’s earnings growth has also been influenced by the following factors: (1) Improvements in operating (EBIT) margins from 7.7 percent to 15.3 percent, and (2) One-time items. The company’s pretax margins are now 14.4 percent, compared to 7.2 percent for the same quarter last year. 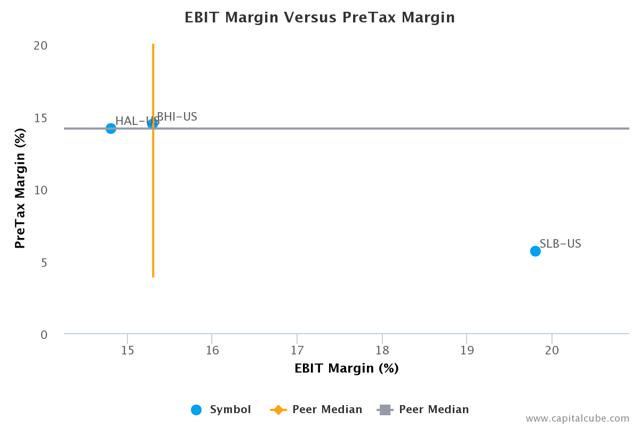 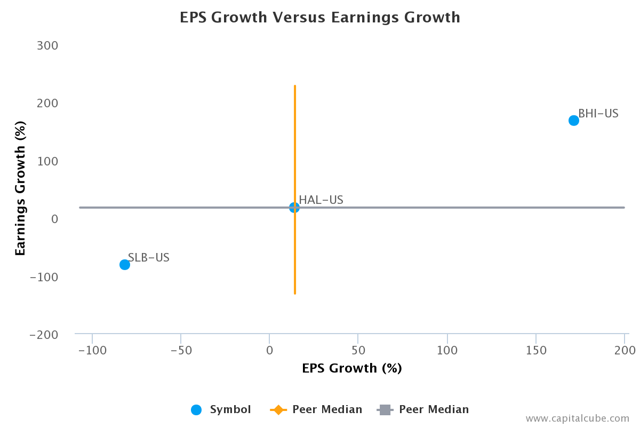