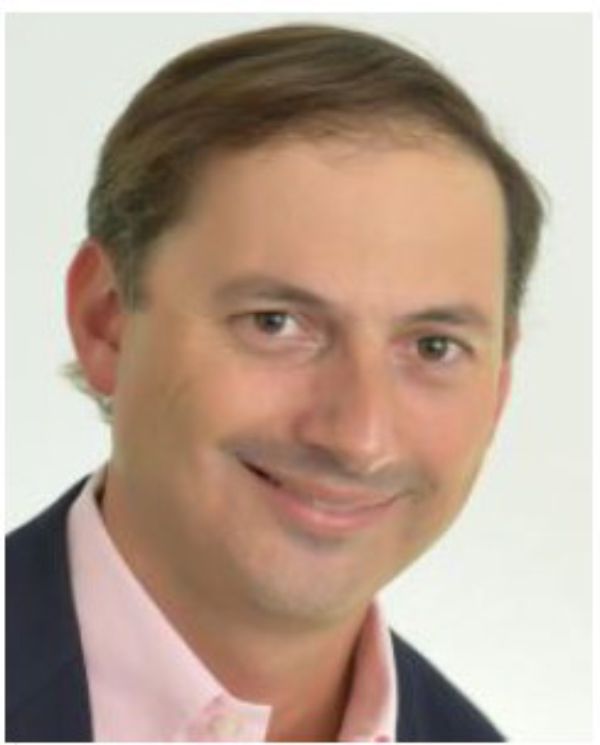 For Sacerdote, investments boil down to taking advantage of the standout aspects of the tech space, all with the intent of selecting the opportunities that will bring forth the most gains- with lesser risk factor. Eight decades later, the man who graduated from Harvard University with an MBA always was captivated by the turns of Wall Street, with a father who bought his first share in Apple at the start of the 1980s.

Even as a second grader, Sacerdote used rudimentary stock charts for a report about the stock market. Present-day, the man manages $1 billion worth in global long and short equity at Whale Rock, following in his father’s financial footsteps, who himself paved a career at Goldman Sachs as the head of Corporate Finance as well as Chairman of the Private Equity Group.

Have Sacerdote’s newest bullish moves in the three semiconductor companies played out in line or opposing other expert voices along the Street? Let’s dive in:

Sacerdote spots new advantage in Himax, choosing to back his confidence with a new stake of 1,733,687 shares worth a whopping $18,949,000. However, is Sacerdote stuck between a rock and a bearish place when it comes to Himax’s opportunity at play? For a hedge fund manager who saw fit to invest millions in his latest quarterly move, the stock fell prey last week to charges of being no more than a scam.

HIMX shares lost 21% in value by Friday after Citron Research’s tweet Wednesday pointing a finger at the semiconductor company for a background of fraud. Is the Street “starting to realize” that Himax’s story is not all that it has been cracked up to be? As far as Citron is concerned, the market is beginning to wise up on a tale whose history of management tied up in fraud “will always haunt this promo.” Citron has made a name for accusing market players as frauds, but is not the first nor the last to sound the alarm on the Taiwanese fabless semiconductor firm.

On back of a “core business remaining weak,” the analyst rates a Sell rating on HIMX stock with a price target of $6, which implies a nearly 43% downside from where the shares last closed. (To watch Zhang’s track record, click here)

Zhang argues, “In our view, Himax set unachievable 3D sensing revenue targets in 2018 and we do not believe the company can take WLO share at Apple […] in 2018. We also believe that revenue generated from the diffuser business in the iPhone X’s flood illuminator module is likely insignificant. We believe it’s difficult to replace AMS’ role in the near term since AMS built a customized WLO design for the iPhone X while also providing Wafer Level Packaging for the Dot Projector.”

What of China’s leading smartphone maker Xiaomi, where Himax will have hooks in 3D sensing adoption? The analyst believes with so many “challenges” that continue to grow amid TV and smartphone markets, Zhang finds it increasingly tough to spot “any signs of a rebound in Himax’s core business due to increasing price competition,” and adds any silver linings simply will not be enough to save the company: “Although we expect Himax’s TDDI solution to start gradually ramping in 1H18 with a design win at Xiaomi, we do not believe it can offset driver IC business erosion and add that TDDI pricing could decline sharply.”

Wall Street seems to be more optimistic than Citron and Zhang, which adds some fuel to Sacerdote’s new bullish turn of fire. TipRanks data pooled from the last three months of voices across the Street shows 5 out of 7 analysts rate a Buy on Himax stock while just 1 maintains a Hold and 1 issues a Sell on the stock.

Micron is another tech player buzzing for Sacerdote, who after seeing the chip giant in a new light sprang for a new stake in the company. In the third quarter, Sacerdote led Whale Rock to bet on Micron, carving a fresh position of 619,615 shares worth $24,369,000.

Worthy of note, when measuring Sacerdote’s ante up against the word of the Street, the increasingly bullish stance of Deutsche Bank analyst Sidney Ho aligns with the hedge fund manager’s enthusiastic perspective.

On the heels of the last few weeks of encouraging commentary from memory and equipment firms coupled with Ho’s checks with the supply chain, the analyst sees fit to boost estimates on Micron, which mirror “(1) better DRAM pricing in the next 2 quarters, (2) less conservative NAND pricing in 2H18, and (3) more stable margins in 2018/2019.”

As such, the analyst reiterates a Buy rating on MU stock while bumping up the price target from $43 to $50, which implies a nearly 15% increase from current levels. (To watch Ho’s track record, click here)

From Ho’s tech assessment, there are more clues of an industry that has seen an evolution towards rising rationality, and one that has begun to give the MU team kudos for initiatives to “de-risk its balance sheet.”

“First, DRAM supply-demand will likely remain tight in the near term despite normal seasonal softness in the back half of C4Q. We remain confident that DRAM supply shortage will continue through at least mid-2018. Second, the industry continues to prioritize profitability over market share, with companies suggesting that higher capex this year is aimed at strengthening cost competitiveness rather than expanding capacity. In addition, product mix optimization could further limit supply growth. Third, the longer term demand for both DRAM and NAND could be better than we expected. DRAM demand upside is driven by servers (cloud, AI) and mobile (new functionalities), while NAND demand upside is driven by price elasticity for SSDs. We believe the underestimation of demand growth also plays a role in the current supply shortage,” Ho surmises.

Taking under account improving DRAM prices in the short-term and what Ho anticipates as probability for a less stark NAND price dip in the back half of next year, he likewise is lifting his EPS expectations, bumping up the first fiscal quarter from $2.16 to $2.20 and the second fiscal quarter from $1.82 to $2.02. For the calendar year of 2018, the analyst is calling for EPS now of $7.60, a step above his prior estimate of $7.15.

TipRanks indicates a strong bullish analyst consensus behind Micron, with 21 out of 23 analysts polled in the last 3 months rating a Buy on the chip giant and just 2 left on the sidelines. With a return potential of a solid 25%, the stock’s consensus target price stands at $53.90.

Pouring $93 Million Plus into Nvidia

Nvidia magnetized a new position from Sacerdote’s Whale Rock hedge fund firm, with the guru seizing the chance to add a steep 521,180 shares worth $93,171,000 in the third quarter.

Taking a swing at artificial intelligence scientists and researchers, Nvidia unveiled at the 2017 Neural Information Processing Systems conference a new video card glinting gold with a price tag of $3,000: the Titan V GPU.

Researchers are prioritized this time ahead of the gamers or even the cryptocurrency miners, the two big markets for Nvidia up until now. With eyes on machine learning, the chip giant is utilizing its Volta architecture foundation for the new GPU chip. Out with the old Pascal architecture and in with the new, which boasts 9 times the powerhouse capabilities, CEO Jen-Hsun Huang is cheering this as the “most powerful GPU for the PC.”

Huang elaborates on a greater creative vision, noting, ‘”Our vision for Volta was to push the outer limits of high performance computing and AI.” Overall, the NVDA team believes, “We broke new ground with its new processor architecture, instructions, numerical formats, memory architecture and processor links,” an innovative push forward that is sure to leave Sacerdote all smiles.

TipRanks demonstrates positive Street-side sentiment mingled with apprehension when it comes to Nvidia’s opportunity. Out of 25 analysts polled in the last 3 months, 13 are bullish on NVDA stock, with 11 remaining on the sidelines, and on bear circling with a red flag on the chip giant. However, when considering if this tech player is overvalued or undervalued, keep in mind the 12-month average price target stands at $215.18 and boasts 12% in upside potential from where the stock is currently trading.