Chip giants Advanced Micro Devices, Inc. (NASDAQ:AMD) and NVIDIA Corporation (NASDAQ:NVDA) have just seen a welcomed rise in shares on back of research firm’s MScience encouraging insights offering a new perspective into GPU sales. For those who have been murmuring regarding the market facing some rough GPU waters knocking recent momentum off track, this could be the exact news investors have been looking for to stay the bullish course.

Up until now, especially when glancing at NVIDIA, some analysts have grown apprehensive with regards to desktop graphic cards shipments, particularly while trying to hold ground against tough comps. In back-to-back quarters, these chip players have soared. The question arises: is this success about to be clipped?

Avian analyst Mark Bachman weighs in swinging on behalf of AMD and NVDA. Just how confident is Bachman on these two players? Domestic sales look to be “very strong,” and the analyst refutes GPU naysayers, explaining, “We are not seeing that weakness in GPU pricing,” adding, “in fact, Nvidia ASPs have been very stable.”

November’s holiday span, specifically circling the time of Black Friday brought in some discounting that caused shares to initially take a hit. Yet, Bachman no longer seems fazed by past holiday weakness woes.

Additionally, the analyst points ahead to two distinct AMD card “refreshes,” specifically Polaris, which could be made up of “500-level” cards, as well as what has been nicknamed as “Vega,” AMD’s sharp serve against NVDA in the industry’s “high end.” If AMD has a flaw, it’s in the giant’s cost “elasticity” preceding the launch of the fresh line. However, considering AMD’s senior “400-level” cards, like an older Polaris set have experienced a “big rebound,” the analyst staunchly remains in favor of AMD’s odds.

What makes Bachman’s “checks” any different than the rest? The analyst argues that his “receipt-level data” covers legitimate retail revenue and reveals “actual prices at which people are shopping,” making his thoughts rooted in data over supply hearsay.

However, European inventory checks remain an enigma, as Bachman’s analysis diving into receipt-level data beyond domestic borders proved it simply “wasn’t useful enough” to assess further, as most merchandisers were in North American stomping grounds. Soon, Bachman has his eyes on capturing Chinese retailer data in the next two months.

It is important to note that Asia-Pacific trends do matter in the scheme of the gaming sector, considering domestic trends do not touch a meaningful turnout beyond the periphery of North America. Are GPU weakness rumors put to rest in light of these new observations affirming greater “surprising strength” than anticipated for the chip giants? Are North American checks enough to qualm any unease from shareholders? Perhaps this is where the whispers of GPU discord first sprang,

Yet, when looking at consensus analyst ratings, the Street seems to sway in favor of the chip giants rather than scampering away in fear of gaming. TipRanks analytics exhibit AMD and NVDA as Buys. While AMD’s 12-month average price target stands at $11.71, marking a 7% downside from current levels, NVDA’s consensus target price stands at $114.48, marking a 16% potential upside from where the stock is currently trading. 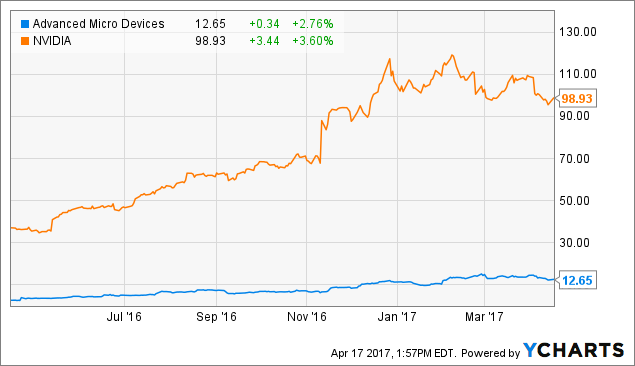