One of the advantages of investing in European oil majors is that their dividend yields tend to be higher than that of their U.S.-based counterparts.

By comparison, the U.S. oil majors like Exxon Mobil Corporation (NYSE:XOM) typically yield in the 3%-4% range.

The trade-off for investors is that Exxon Mobil has a lower yield, but a longer and more consistent track record of dividend growth.

In fact, it is a Dividend Aristocrat, a group of companies in the S&P 500 with 25+ consecutive years of dividend increases.

You won’t get that kind of dividend growth history from the European oil majors. BP and Shell pay out a significantly higher percentage of their earnings, so that they can offer their tantalizingly-high yields.

As a result, BP and Shell are probably more attractive for investors looking for current income, rather than dividend growth.

This article will discuss which of the two high-yield European oil stocks is the better option for income investors.

Business conditions remain challenged for BP and Shell, on a number of fronts. First, oil prices declined significantly from their highs of over $100 per barrel.

And, as both companies are based in Europe, they are both exposed to the weak economic growth and elevated political uncertainty in Europe.

However, while Shell has returned to more consistent profitability, BP has not.

One reason for this is because BP continues to be dragged down by huge costs related to the Gulf of Mexico spill.

Over the first nine months of 2016, BP absorbed $7 billion in costs in its other businesses segment, which includes spill-related items. 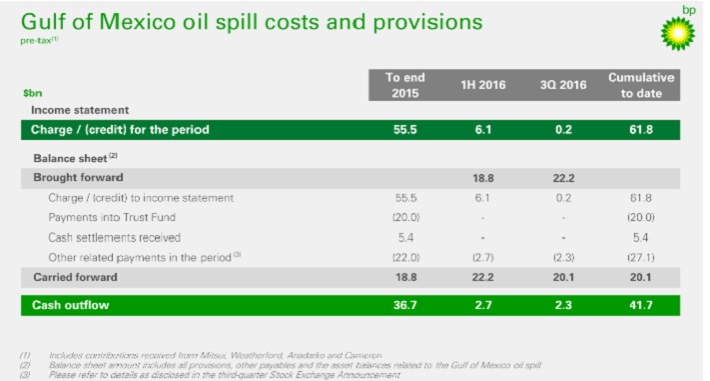 To date, BP has incurred more than $60 billion in cumulative charges.

Another reason is that BP has disadvantaged itself with heavy exposure to Russia. BP owns an approximate 20% equity stake in giant Russian energy producer Rosneft (RNFTF).

Russia is an area of uniquely high geopolitical and economic risk. In turn, BP’s earnings from its Rosneft investment declined 60% over the first nine months of 2016.

Of course, in a time of low oil and gas prices, dividend sustainability is key.

Both companies have pledged that their shareholder dividends remain the top financial priority. But Shell’s dividend appears to be on firmer ground than BP’s, due to its growth potential.

Shell has more compelling growth catalysts going forward. BP has 13 new projects set to come on-line in 2016 and 2017; Shell has several more than that lined up. 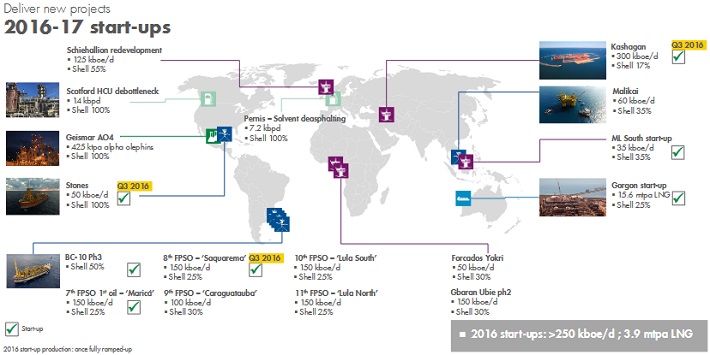 Shell’s advantage in new projects is due largely to its lead in liquefied natural gas, or LNG.

Liquefying natural gas is how the energy industry transports natural gas when it cannot do so with traditional pipelines.

LNG is a very promising growth engine going forward, because natural gas is replacing other fossil fuels, such as coal, among industrial users like electric utilities. It also has applications for heating homes and can be used as a chemical feedstock.

Plus, liquefying it is a cost-effective way of sending natural gas to high-growth economic regions in Asia, where demand continues to rise at a strong rate.

This was the impetus for Shell’s massive $70 billion acquisition of BG Group in 2015.

According to Shell, it will have almost double the LNG production capacity as Exxon Mobil. Exxon Mobil made its own splash into natural gas by acquiring XTO Energy in 2009 for $31 billion. 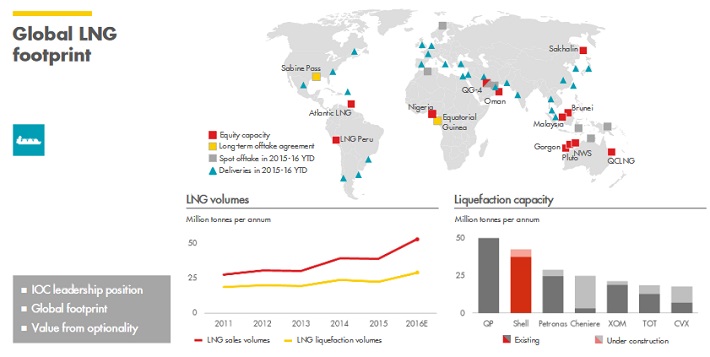 After the acquisition closes, it will be the largest LNG producer among the integrated majors.

As it currently stands, neither BP nor Shell is generating enough earnings to cover its dividend payments. But Shell has at least returned to profitability.

Both companies have maintained their dividends thus far, thanks largely to cost cuts. BP slashed capital expenditures by 11% through the first three quarters of 2016.

Shell has been more aggressive on cost-cutting. Its 2016 organic capital investment will be around $29 billion, a roughly 30% decline. And, it is in the middle of a $30 billion asset divestment program.

This is another factor that has helped Shell return to positive earnings-per-share more quickly than BP.

Both companies stand a good chance of preserving their dividends, as their earnings-per-share stand to benefit from the recovery in oil prices. WTI and Brent crude prices have roughly doubled off their respective 2016 lows.

But Shell’s dividend is more sustainable in the near-term, because of its steadier profitability. BP lost $1 billion over the first three quarters of 2016, even with the improvement in oil prices.

At the current Brent oil price, BP’s will simply be cash flow break-even in 2017. 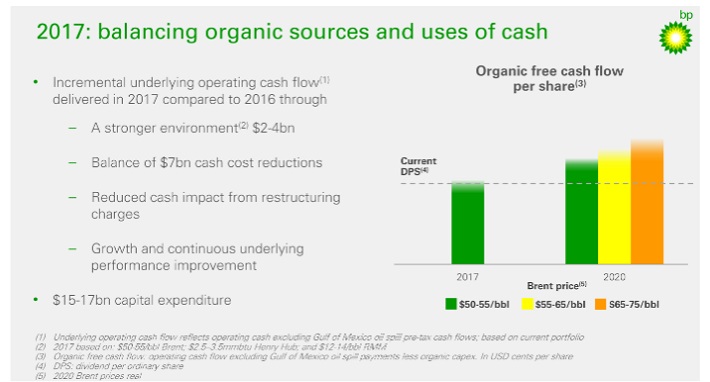 For example, BP is still on the hook for approximately $1 billion per year in settlement payments pertaining to the 2010 Deepwater Horizon oil spill in the Gulf of Mexico.

This is a manageable sum for a company as large as BP, but it is nevertheless money that could be allocated toward shoring up the dividend.

Shell stands to be a bigger winner in natural gas going forward, as a result of its massive acquisition. And, BP faces a unique challenge in having to pay about $1 billion per year to resolve the Gulf oil spill.

Both companies have cut spending and sold billions of assets. But Shell’s operations are in better shape right now. Put simply, BP needs commodity prices to rise more than Shell does.

Shell’s future cash flow stands to grow at a higher rate because of its more aggressive project line-up.

Overall, Shell looks to have the more sustainable dividend payout and stronger growth prospects. This makes it the better 6% dividend stock of the two.