5 Reasons Why You Should Dump General Electric Company Now

After a very poor 2017, General Electric Company (NYSE:GE) stock is down again, this time at $16.26- a record 6-year-low and just half of 2016 share prices. Why? Well GE shocked even the most bearish analysts with the news of a $6.2 billion after-tax charge for its insurance portfolio from GE Capital- its financial services unit. GE will also add $15 billion over seven years to firm up the unit’s cash reserves- which means ensuring that each of the 300,000 insurance policies has a $50,000 cover. GE has stated that GE Capital will fund all capital contributions with cash on hand.

Investors with a big appetite for risk may be thinking that now is the time to invest while prices are so low- but I would caution against such a dangerous move. Here are five reasons why:

Overall, we can see from TipRanks that the stock has a very hesitant outlook from the Street. In the last three months, GE has received only 2 buy ratings vs 8 hold ratings and even 4 sell ratings. As share prices continue to sink, the average analyst price target now stands at 20% upside from the current share price. Meanwhile top Deutsche Bank John G Inch sees the stock falling back to $15 (8% downside from the current share price). He reiterated his Sell rating on GE on January 19. Inch warns that increasing debt and debt rating downgrades will mean that GE will find it increasingly expensive to borrow the funds it needs. 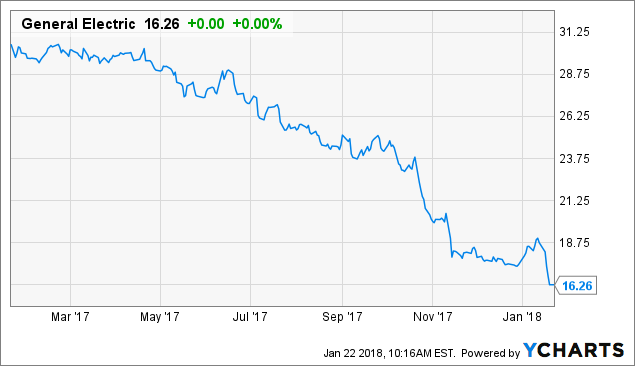