The iPhone remains Apple Inc. (NASDAQ:AAPL) biggest catalyst, accounting for two thirds of its revenue in any given quarter. The phone largely struggled for the past 2 years due to limited appeal of the iPhone 6s and increasing competition. However, investors believe the recent release of the iPhone 7 can put these ongoing concerns to rest. Because the phone became available in the final weeks of the fiscal fourth quarter, this marks the first full quarter of sales from the newest iPhone. It also coincides with the holiday season which is traditionally Apple’s strongest quarter. Factset estimates Apple sold 78 million phones during the quarter, up from 74.8 million in the same period last year. Phone sale will either need to meet or exceed expectations for Apple to return to growth in the upcoming report. 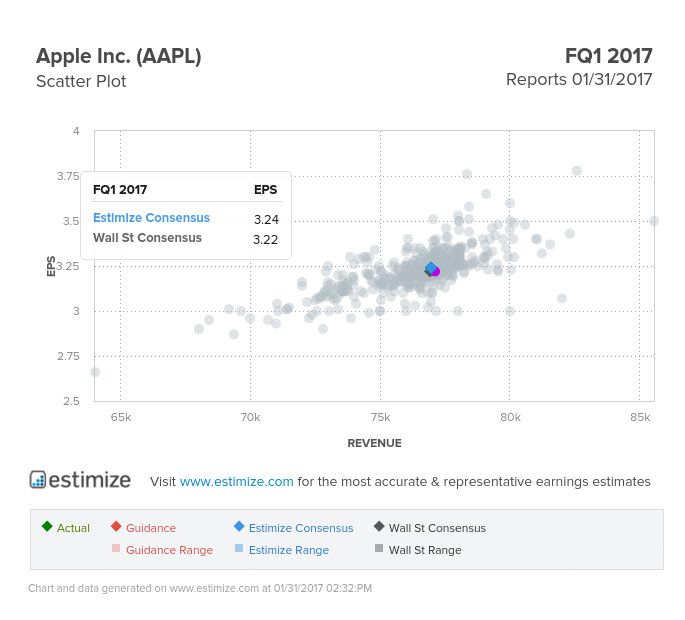 Excluding iPhone sales, Apple’s other products are expecting to struggle. The rest of Apple’s portfolio which consists of tablets, computers, watches and other electronic devices, constitutes one third of revenue in any given quarter. These products have struggled lately primarily driven by weakness in China, currency headwinds and low upgrade demand. Last quarter, Apple sold 9.27 million iPads, signifying a 6.2% drop from the same period last year.  . Upgrade demand for these tablets have been abysmal, so it makes sense that the iPad 2 is still the most widely owned iPad to date.

Mac sales were just as disappointing, declining by nearly 17%  in the fourth quarter. Apple’s new macbook released during the quarter hopes to buck the trend of weak sales. Give Apple’s price points, it’s hard to imagine a flood of new and preexisting customers rushing to buy a $1500 laptop.

The Apple Watch, on the other hand, came out of the gates but recently fell from consumers good graces. In the fiscal fourth quarter watch Apple made about $2.73 billion from watch sales, about 22% less than the same period last year.

Outside of hardware, Apple is driving global expansion, particularly in India, and has collaborated with IBM and Cisco, just to name a few, to build out its enterprise software. Apple also comes up in ongoing discussions for a takeover. With over $200 billion stashed overseas Apple can certainly afford to make a splash in 2017.

If you’ve ever purchased an Apple product then it’s likely that the sales associates attempted to sell you Apple Care for an additional $100+ a year. Apple constitutes this portion of the business as Apple Services which also includes the App Store. Overalls sales from Apple Services make up roughly 10 to 15% of total revenue, but unlike every other part of the business, growth continues to reach double digits. In the fourth quarter, services added nearly $6 billion in revenue, eclipsing Mac sales as the second largest source of revenue.