3 Reasons Why It’s Not Too Late To Be Bullish On Apple Inc. (AAPL) Apple Inc. (NASDAQ:AAPL) stunned the world again with its second quarter earnings report. The sale of 61.2 million iPhones carried Apple above and beyond the expectations of Wall Street and investors alike. Here are 3 reasons to believe that shares of the world’s most valuable company can continue going higher.

We know statistically that when a company beats the Estimize EPS consensus, on average shares go higher over the next three days of trading compared to the broader market (SPY). Even though Apple is off to a slow start Tuesday trading down 1.2%, more often than not we expect an earnings beat like this to act as a positive catalyst over a 3 day period. 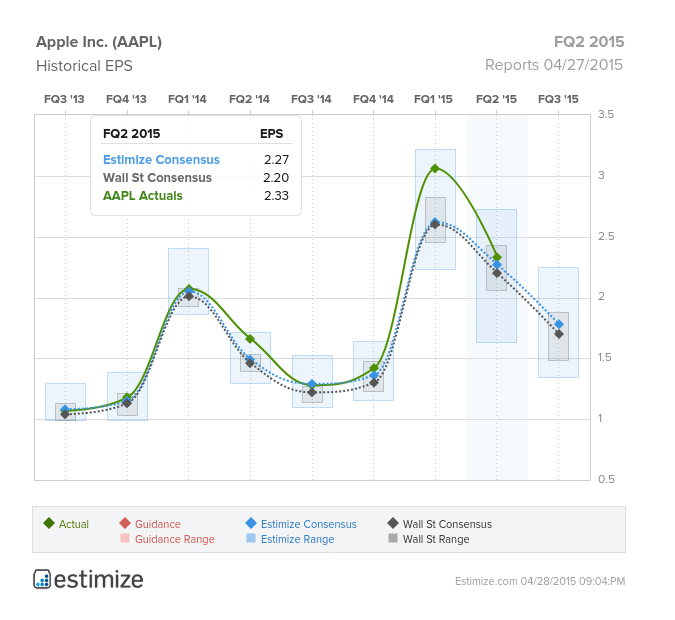 Apple not only topped the Wall Street consensus , it also topped the Estimize forecast by 6 cents per share, a hearty 2.6% beat. Before Apple’s report we wrote about how we expected a positive pre-earnings drift due to the differential between estimates from Wall Street and Estimize. Now that Apple has outdone the Estimize consensus, we expect shares to drift higher into the closing bell on Thursday.

Expectations for next quarter may not be fully priced in 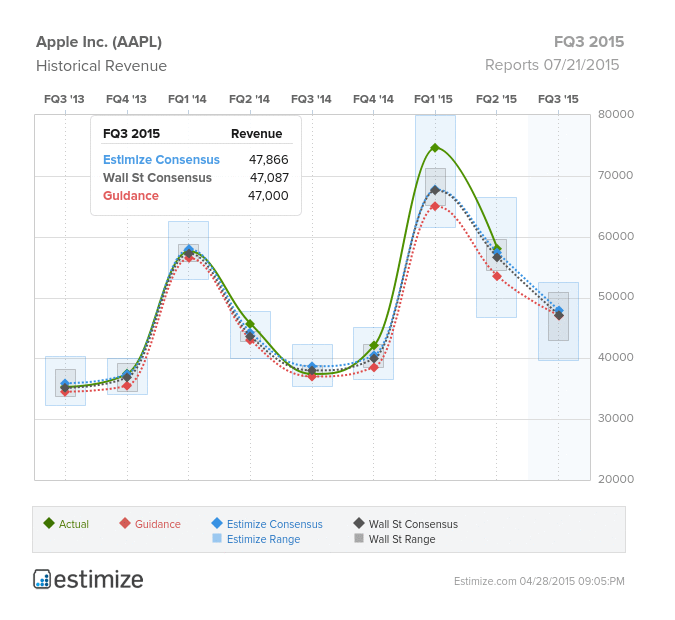 Furthermore, a quick glance at Apple’s guidance for the upcoming quarter suggests that estimates need to rise. In the past 2 quarters which have swelled due to the release of the iPhone 6, Apple has beaten its revenue guidance by $9.6 billion and $4.5 billion sequentially. One day after Apple’s Q2 earnings report Q3 estimates remain less than $1 billion above Apple’s newly issued guidance.

Apple also announced an extension to its share buyback program. By repurchasing its own stock Apple will decrease its count of shares outstanding, inflating earnings per share by decreasing the denominator.

Compared to peers, Apple is cheap

When compared to its closest rivals by market capitalization within the Information Technology sector (Google, Microsoft, Facebook, and Alibaba), Apple is the cheapest by almost every valuation stat in the book. 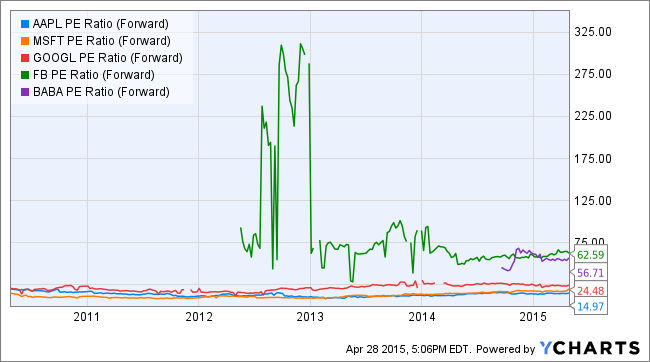 Compared to its closest rivals Apple has the lowest forward and trailing price to earnings ratios. 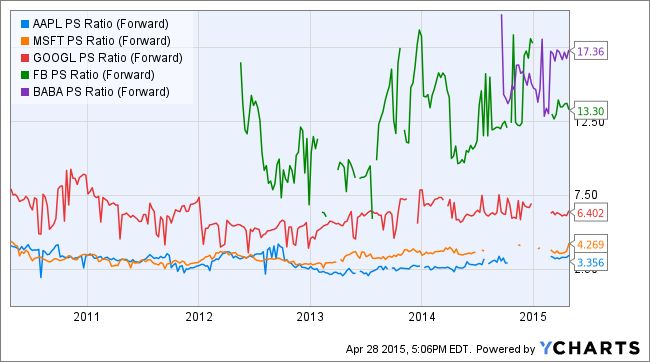 The same is true for forward and trailing price to sales ratios.

Apple’s financial results are on another planet. In the second quarter Apple recorded net income of $13.57 billion, 40.8% gross margins, and increased its stock buyback program to $140 billion. With results like these it’s no wonder that Apple is the most valuable company on Earth and there are many reasons to believe its worth could continue climbing.