Billionaire Warren Buffett is many things- one of the world’s most successful fund managers, legendary philanthropist and owner of over 60 companies. Now the “Oracle of Omaha” as he is known has revealed the third quarter trades of his $177 billion Berkshire Hathaway fund. The result: a valuable glimpse into which stocks Buffett likes, and which he doesn’t. Buffett has continued to load up on Apple Inc. (NASDAQ:AAPL) stock. In Q3 he snapped up another 3.9 million shares- taking the fund’s total AAPL holding 134 million AAPL shares valued at $20.6 billion. AAPL is now the fund’s third largest holding- coming up behind Wells Fargo and Kraft Heinz. After missing the boat on the recent tech sector rally (he recently admitted that he “blew it” by not investing in GOOGL earlier), Buffett has compensated by plowing money into AAPL since he initiated the position in Q1 2016.

Indeed, Buffett recently gave investors the lowdown on just why he likes AAPL stock so much. At Berkshire Hathaway’s annual meeting (according to Silver Value Partners’ Gary Mishuris), he said he likes the stock because:

And AAPL also has the Street’s seal of approval. As we can see from the screenshot below, Apple scores a ‘Strong Buy’ top analyst consensus. Indeed, in the last three months analysts have published 23 buy ratings versus just 6 hold ratings on the stock. These analysts believe, on average, that AAPL can soar by a further 9.35% over the next 12 months. Drexel Hamilton’s Brian White is the most bullish on AAPL stock. He says “We were the first on Wall Street to project that Apple would reach a $1 trillion market cap as reflected by a price target; our current price target of $235.00 equates to approximately a $1.2 trillion market cap.” 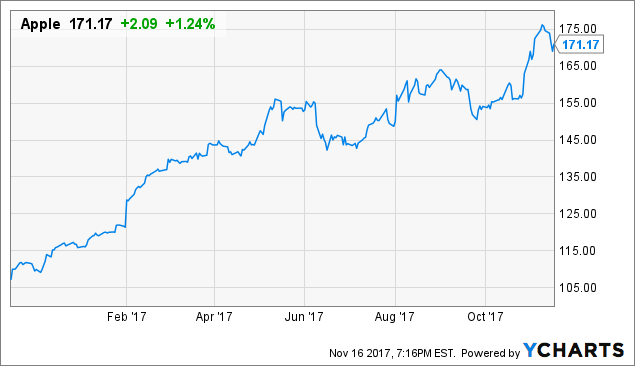 Buffett is now Bank of America’s largest shareholder. Back in August, he made a snap $12 billion profit after exercising the fund’s right to acquire 700 million shares at a steep discount, following the initial purchase six years ago. And it would seem Buffett hasn’t looked back since.

In the third quarter he extended his position by 6.82% to 679 million shares valued at over $17.2 billion. BAC is now the fund’s fifth largest position and Buffett’s favorite bank stock.  “Bank of America has done a sensational job under [CEO] Brian Moynihan” he told CNBC recently, before adding that Berkshire “will be holders of Bank of America stock for a long, long, long time.”

We can see from TipRanks that Berkshire isn’t the only fan of this large-cap financial stock. The Street also has a ‘Strong Buy’ consensus on BAC. This breaks down into 8 buy ratings and 2 hold ratings from top analysts in the last three months. Meanwhile the $29.20 average price target means upside of over 11% from the current share price. Just yesterday, on November 14, four-star Renaissance analyst Howard Mason upped his price target on BAC. He says:

“We are raising our 12-month PT for BAC from $29 to $32 as the return-on-tangible-equity (ROTE), likely just over 11% for FY2017, increases to near 14% by 2019. Key drivers are: Operating leverage… capital return and…. a capital and credit tailwind from continued run-off of the legacy portfolio.” 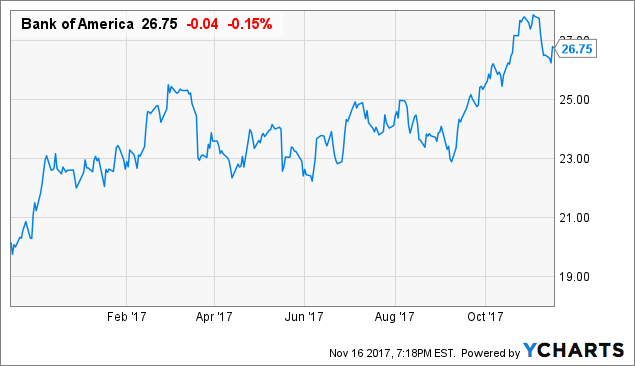