General Electric Company (NYSE:GE) and Honeywell International Inc. (NYSE:HON) are both blaming the strong US dollar for weak first quarter revenue this morning.

Going into this quarter we knew that the strong US dollar would present foreign exchange headwinds to US based multinational companies. Today two of the largest industrials became the latest casualties. 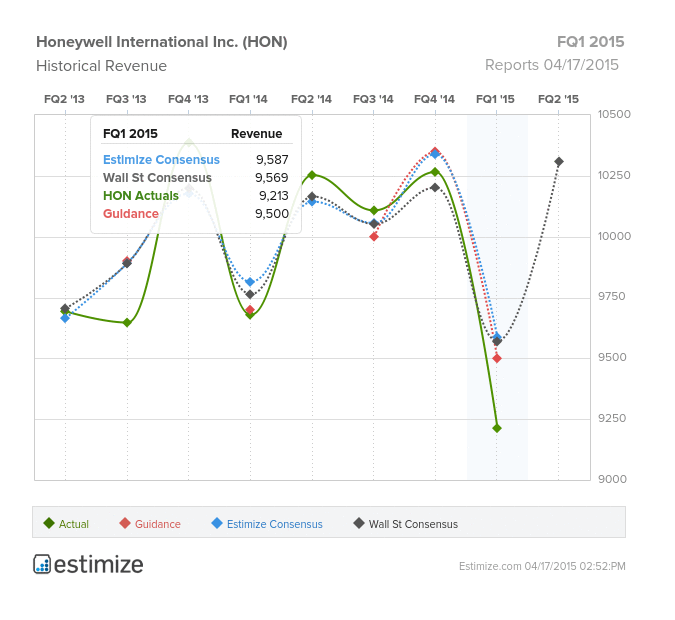 Honeywell’s first quarter revenue came in at $9.21 billion. That’s $347 million (4%) below the consensus expectation from Estimize. Honeywell even managed to come in well below its own guidance, which is uncommon. Give Honeywell some credit for trying, at least they aren’t setting the bar as low as Netflix does.

Even though Honeywell put up soft revenue, boosts to profitability lifted EPS results above expectations. Wall Street was forecasting earnings of $1.39 per share, Estimize was predicting $1.40, and Honeywell topped both with $1.41. Honeywell also confidently raised EPS guidance for full year 2015 to between $6.00 and $6.15 per share, a 8% to 11% increase from previous estimates. 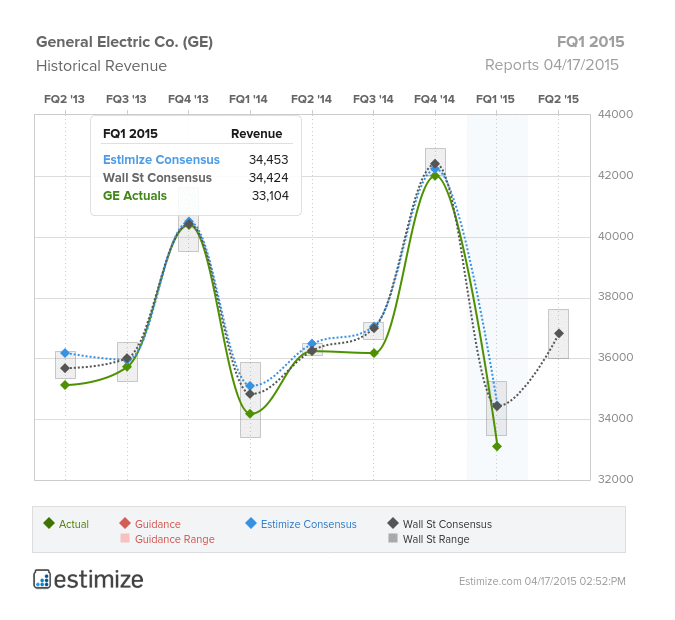 GE on the other hand come out in-line with Estimize EPS expectations and topped the Wall Street consensus by a penny per share. General Electric missed Estimzie revenue expectations by $1.35 billion, which also turns out to be about 4% shy of estimates.

In GE’s press release it was quick to call attention to its 14% increase in operating EPS. GE may have wanted to point out its gains in operating profits because of its recent decision to sell off GE Capital. The 31 cents EPS sticker number that GE touts excludes the costs of dismantling its subsidiary GE Capital. Overall General Electric posted a net loss of $13.6 billion this quarter.

GE’s sale of its capital wing will help the company get back to its industrial roots. CEO Jeff Immelt took to Twitter to drive the point home, “Good industrial performance in 1Q. We have a clear path to reshape GE as a fast-growth, high tech industrial company,”.

The sale of its finance unit is the most dramatic move GE has made in a long time. Over the next few years we’ll see how GE’s plan to transform itself into a pure-industrial play pans out.