William Blair analyst Ralph Schackart is out with a research report on Netflix, Inc. (NASDAQ:NFLX) underscoring how the video streaming giant’s original content is positioned well to profit in the long-term. From Schackart’s assessment, the giant’s original content has achieved impressive levels of “buzz factor” last year, bolstering his “conviction that the ‘word-of-mouth’ effect is strongest for Netflix […]” Therefore, the analyst reiterates an Outperform rating on NFLX without listing a price target.

“In August 2016, we published a detailed report upgrading Netflix shares to Outperform on the heels of our proprietary content benchmarking analysis and millennial survey work (Advantage in Original Content and Millennials Underappreciated: Upgrading to Outperform on Proprietary Research, published August 24, 2016). The results of our initial analysis, which uses review scores from Metacritic.com going back to 2010, show how Netflix’s advantage in original content could be underappreciated. We continue to believe some investors underappreciate both the volume and quality of originals the company is adding to its catalogue and the leverage (i.e., new subscriptions) it could see across these investments in 2017 and beyond,” Schackart asserts.

Ultimately, the analyst predicts “[…] efficient subscriber acquisition for years to come” and sees Netflix as king of original programming ready to expand its reign this year.

As usual, we like to include the analyst’s track record when reporting on new analyst notes to give a perspective on the effect it has on stock performance. According to TipRanks, four-star analyst Ralph Schackart is ranked #449 out of 4,378 analysts. Schackart has a 67% success rate and realizes 12.9% in his yearly returns. When recommending NFLX, Schackart yields 23.6% in average profits on the stock.

TipRanks analytics indicate NFLX as a Buy. 33 analysts polled by TipRanks in the last 3 months, 20 rate a Buy on NFLX, 11 maintain a Hold, while 2 issue a Sell. The 12-month average price target stands at $153.89, marking a 10% upside from where the stock is currently trading. 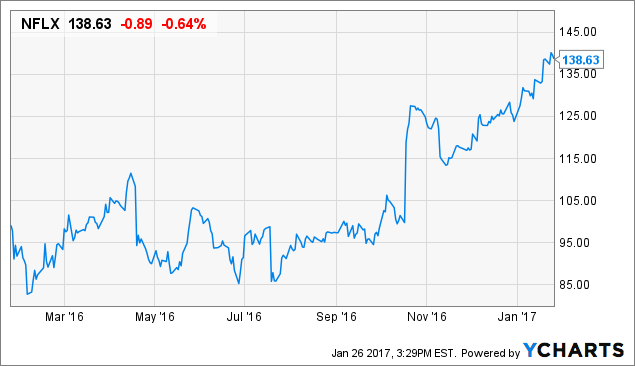