The Loup Ventures team makes bold calls for what to expect from tech leaders in the new year, confident on TSLA, AAPL, and AMZN stories.

The Loup Ventures team, a research-driven venture capital firm anchored in Minneapolis in New York is kickstarting the new year with eight key calls in the tech-verse, setting expectations for the likes of the following titans: Tesla Inc (NASDAQ:TSLA), Apple Inc. (NASDAQ:AAPL), and Amazon.com, Inc. (NASDAQ:AMZN).

First, the Loup Ventures analysts spotlight the theme of artificial intelligence (AI) spiraling ahead, just as Google’s “Deepmind” initiative guides artificial general intelligence to take a “small step forward.” There is a great deal of AI “hype” running through the Street, but these analysts deem it entirely “justified,” believing it difficult to “understate” just how big of an impact AI will yield upon the “future” as we know it. This year, Loup Ventures is telling investors to brace for the “AI momentum” to keep steamrolling.

Alphabet CEO Sundar Pichai wants to capture some of this momentum for his tech giant, as Loup Ventures believes it is “clear” Pichai understands that Google’s future is dependent upon AI. Just in considering his comments throughout 2017, the analysts are keeping eyes peeled to “Google’s evolution from a mobile to an AI-first company.” As Alphabet advances its AI efforts into hardware devices like the Google AI hardware note, the Loup Ventures group believes the company is “seeing its work pay off,” considering Google Home is “the smartest smart speaker.”

Meanwhile, the analysts believe artificial general intelligence (AGI), or “the ability of a machine to think like a human” will play out as a leading field of the year, writing: “We expect Google to play a thought leadership role in AGI with its Deepmind platform, but keep in mind true AGI is likely another 20 years away.”

However, for those looking for virtual reality (VR) to take off as “mainstream” this year, Loup Ventures says investors will need to wait one more year for true “take off.”

In Alphabet’s favor, “Google Home continues to gain market share in smart speaker market,” the analysts note, highlighting that with a market “still up for grabs,” even as Amazon’s Alexa has by Loup Ventures’ calculation captured three quarters of today’s worldwide smart speaker market, this year will be Google Home’s chance to steal share on back of “its performance lead.”

Regarding Tesla, whereas the Model 3 saw production ramp to 2,500, Loup Ventures projects the electric car empire can surpass 150,000 in the new year. Short-term, investors should not get their hopes up, as Loup Ventures angles for production to still come up short, but 2018 could be the year “production will turn the corner.” Keep in mind, the analysts stress, these short-term production misses ultimately bear no substantial impact on Tesla’s compelling long-term story. Loup Ventures remains optimistic on CEO Elon Musk’s electric car giant even withstanding Model 3 production challenges, betting that electric vehicles (EVs) as well as autonomy are keys to the “future;” and “Tesla is fighting to gain production scale to create that future.”

Big automakers may have revealed a bolstered EV line-up, but Loup Ventures is not anticipating self-driving to take full throttle for the next 3 years. All the same, autonomy will be a leading “theme” of the new year, and the analysts are keen on Apple’s autonomous shuttle project. When 2021 hits and autonomy officially ramps up, Loup Ventures believes Alphabet’s Waymo and Tesla will be among the first to battle in the market.

Though crypto frenzy has been captivating the market, even as Loup Ventures find both blockchain technology as well as cryptocurrencies will shape the future of how we store value, it is a bubble that will see an eventual burst. Investors should prepare for a crypto pullback this year, the team of analysts warn.

Though Wall Street angles for an average selling price (ASP) for Apple’s iPhone at $710, Loup Ventures is more bullish, banking on $740. The analysts are positive that units come fiscal 2018 will match Street expectations, and wager further that the mix of iPhone X is poised to outclass consensus on a 13% year-over-year surge.

Lastly, in Loup Ventures’ “boldest” call yet, the analysts wait for Amazon to buy Target, asserting that “the future of retail is a mix of mostly online and some offline.” The research analysts place a strong bet on this strategic acquisition, surmising: “As for the demographic, Target’s focus on moms is central to Amazon’s approach to win wallet share.” 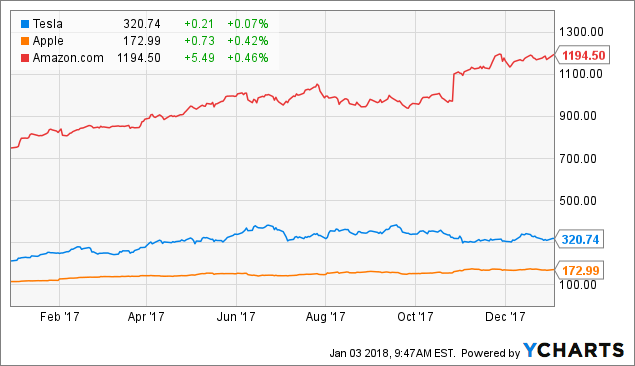