We Continue to Like Paypal Holdings Inc (PYPL) Shares on the Recent Pullback: RBC

RBC analyst Daniel Perlin weighs in on Paypal Holdings Inc (NASDAQ:PYPL) following the company’s quarterly results and the announcement of a deal with Visa.

Perlin explains that overall investor sentiment remains mixed. He noted, “The conversions we continue to have with investors take on two forms (1) Visa partnership represents a framework agreement from which other strategic deals with networks, banks, and technology companies can be crafted, while near-term economic sacrifices are manageable and (2) Visa got the best of PYPL, more deals may come, but at a meaningful economic price. We are in the camp of long-term positive, near-term manageable.”

In addition, Mastercard recently renewed its Co-brand relationship with PYPL, and is also actively seeking to expand this relationship. The analyst believes that the Visa deal “appears to satisfy many of MA’s original concerns” regarding established operating rules and fees. Investors have been frequently asking a number of questions, according to Perlin.

Investors are primarily concerned with how the V/PYPL deal with ultimately drive growth. The analyst explains that providing consumers choice will result in improving activation rates, increased engagement, reduced churn, and reduced friction created by steering.

Perlin reiterates his Outperform rating on shares of PYPL with a price target of $46.00. Perlin is ranked #522 of 4,071 analysts on TipRanks. He maintains a 62% success rate and an average return of 9.1%. When rating PYPL, the analyst upholds a success rate of 22% and realizes an average loss of 2.4%.

According to TipRanks, 62% of analysts issue a Buy rating on PYPL, while 35% maintain a Hold rating, and 3% uphold a Sell rating on the stock. The consensus target price for PYPL is $44.50, marking a nearly 22% upside from current prices. 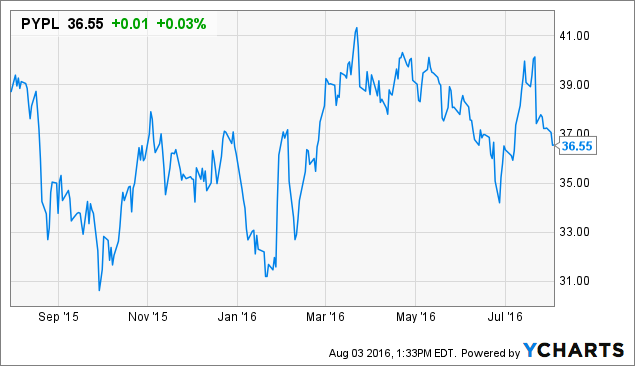