In a research report issued Monday, Piper Jaffray analyst Erinn Murphy reiterated an Underweight rating on shares of Fitbit Inc (NYSE:FIT), while slashing the price target to $5.00 (from $8.00), after the wearable fitness device maker announced preliminary results for the fourth quarter below guidance on both revenue and non-GAAP EPS. Preliminary 2017 guidance was also below the Street on both revenue and non-GAAP EPS.

The company said it experienced “softer than expected holiday demand for trackers in our most mature markets,” sending shares down nearly 16 percent.

Murphy commented, “We are lowering our estimates on FIT and would continue to sell FIT shares following the company’s negative pre-announcement on Q4 this morning where sales missed the mark for Q4 by over 20% and the company is now forecasted to lose money in Q4. Importantly, sales for Q4 are now forecasted in the range of $572-$580M (PJC: $726M) and the company is expected to report a net-loss per share of ($0.56)-($0.51) vs. our prior EPS estimate of $0.17.”

“With softer demand during Holiday, gross margin is forecasted well below the prior 46% guidance. Our primary concern when we downgraded the name to UW was related to 1H comparison to last year’s launches and we expect challenges to be ongoing. Of note, the company announced a 6% headcount reduction. Nonetheless, FY17 guidance is now forecasted to not only lose money but also to see negative FCF,” the analyst added. 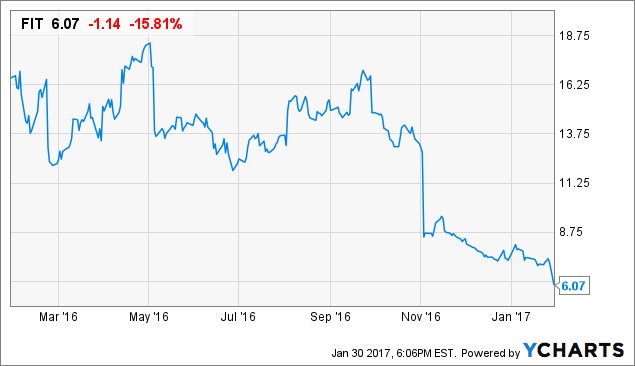