Maxim is confident that HMNY's recent 52% purchase of MoviePass will usher in commercial leverage.

Helios and Matheson Analytics Inc (NASDAQ:HMNY) shares are surging 5% today on back of new bullish coverage from an enthusiastic Maxim analyst Brian Kinstlinger, who sees beaming potential in August’s 52% purchase of MoviePass.

By taking on a platform that was already “disrupting the movie theater market with a subscription-based model” and subsequently reducing the monthly subscription, the analyst already sees a bump up in demand. Anticipating the asset will help HMNY establish a foothold in the industry, grabbing “outsized revenue growth” and accelerating shareholder value, Kinstlinger initiates with an upbeat throw of the dice on this big data firm’s opportunity ahead.

As such, the analyst initiates a Buy rating on shares of HMNY with a $20 price target, which implies a 51% increase from where the stock is currently trading. (To watch Kinstlinger’s track record, click here)

Though the HMNY management team angles for 2.1 million subscribers in its base by the third quarter of next year, Kinstlinger points out that “as 37 million people in the U.S./Canada see at least 12 movies a year, we believe that estimate could prove conservative given the value proposition to consumers.”

With captivating prospects to bring prospectively millions of subscribers to the table, the analyst continues: “We see numerous ways to monetize a large user base and drive profitability, such as movie promotions, profit sharing, rebates, concessions, data sales and advertising.”

“We argue that, over time, MoviePass could help improve slumping movie theater ticket sales,” wagers Kinstlinger, who notes that PricewaterhouseCoopers (PwC) found in a survey two years ago that movie theater goers largely see screenings less due to lofty ticket costs.  Yet, interestingly enough, MoviePass is already changing those statistics, as the analyst points out that AMC has a study showing loyalty members circled back twice over in number of movies attended and concessions jumped 123% on the heels of buying MoviePass. “In addition, one local Dallas theater went from 10% local market share to 55% market share after five months of influence by MoviePass,” underscores the analyst.

Though the purchase of MoviePass may cost HMNY more considerably than it gains when looking at the upcoming two years ahead, the analyst contends his positive forecast extends bigger picture, as “Our model assumes HMNY will need to access capital to finance the MoviePass deal and to achieve its longer-term goals.” 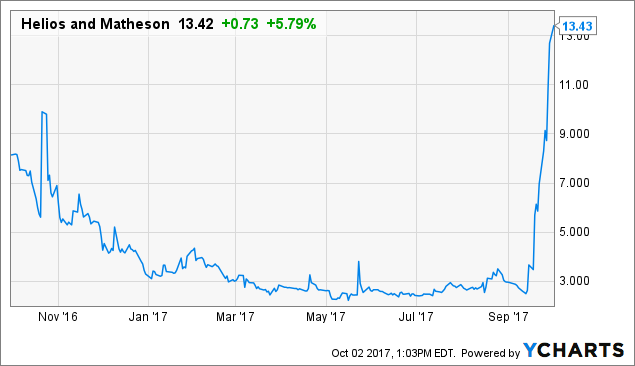