Helios and Matheson Analytics Inc (NASDAQ:HMNY) now has a 62% grab onto MoviePass, a platform in a movie theater market-verse that entices subscribers with a cheap monthly pass for monthly movie screenings; and the tech player is making waves.

Currently, MoviePass has the AMC movie theater chain up in arms, having decided to cut just under a dozen theaters in “high profile and high priced cities” from New York City to Los Angeles to Boston, leaving Kinstlinger to believe MP subscribers will fish around for new local theaters. The analyst likewise wagers ticket sales at these theaters will take a hit on back of MP’s new move.

Worthy of note, MoviePass specifically picked to cut these AMC theaters in bigger cities where consumers can choose from a variety of movie theater locations, which is exactly why AMC is upset. The writing is on the wall for the movie theater chain to “experience significant market share losses.” It seems MoviePass is playing to win, poised to realize a meaningful shakeup on theater market share.

“Some subscriber churn” correlated with MoviePass’ bold play could arise, which could be why shares are slipping roughly 4% in the market today on back of the news. However, in the bigger picture, “we expect it to be minimal given the value of MP,” bets Kinstlinger, full bullish steam ahead on the opportunity in the movie theater arena.

“We would not be surprised if MP continues to exclude other theaters from its service […] We believe the exclusion of certain theaters will show the influence of MP, and eventually lead to national theater chains negotiating rebates with MP.  However, we increase our operating loss forecast based on a higher average ticket price that MP pays to theaters […] underscored by faster than expected subscriber growth,” explains the analyst.

Before, the analyst had modeled MoviePass would shell out $8.65- the national average ticket price. Yet, with less children, seniors, and matinee discount pricing to comprise MoviePass’ ticket sales, Kinstlinger now calculates the company will pay $10 this year, angling for “modest” yearly grains. This may bump up operating loss forecasts, but the analyst still anticipates MoviePass/HMNY will require a $200 million capital raise between this year and the next- an encouraging investment in generating subscriber growth. This importantly “drives influence,” the analyst underscores.

Ultimately, Kinstlinger concludes on an upbeat note, continuing to place his bet on HMNY stock: “We believe MP is building as a brand and given the torrid pace of subscriber growth, ticket sales using the MP card are becoming a significant percentage of box office sales. We believe as all theaters see the impact on AMC and the competitors market share in those local areas, negotiations on rebates will become more of a reality.”

As such, the analyst maintains a Buy rating on HMNY stock with a $25 price target, which implies a 191% upside from current levels. (To watch Kinstlinger’s track record, click here) 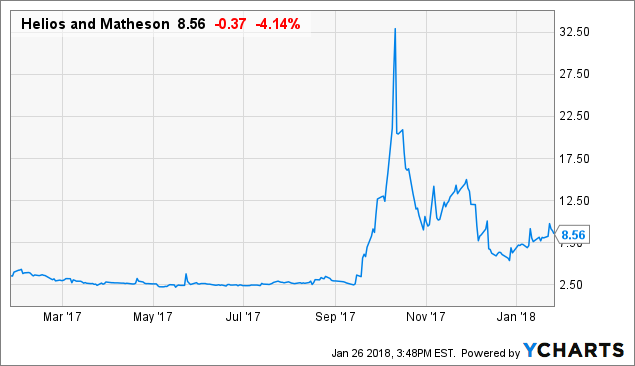