Helios and Matheson Analytics Inc (NASDAQ:HMNY) grabbed $60 million in a capital raise at the close of the year through a $6.50 per share equity warrant, including one warrant. On back of this capital boost coupled with revved up investment into MoviePass, a platform in a movie theater market world that allows subscribers to buy a cheap monthly pass for monthly movie screenings, one voice bets the IT player now owns roughly 62% of MoviePass.

As such, the analyst reiterates a Buy rating on HMNY stock with a $25 price target, which implies a nearly 254% upside from current levels. (To watch Kinstlinger’s track record, click here)

By Kinstlinger’s calculation, the offering provides MoviePass a roughly seven months of cash to finance over usage by members. Now that MoviePass has revealed a new alliance with Costco, where the wholesale chain will sell a yearly MoviePass and Fandor bundled subscription together for a price tag of $89.99, the analyst asserts: “this increases our confidence that MP will reach about 2 million subscribers in 2Q18.”

Additionally, “MP also announced in December that it surpassed one million subscribers and signed a marketing and performance-based revenue agreement with an independent distributor. This agreement is evidence of the recognition of MP’s strengthening industry influence; we expect other distributors will come to similar agreements,” highlights Kinstlinger.

Making a strong bullish case for HMNY’s opportunity ahead, the analyst believes: “Our thesis is playing out as subscriber growth is growing faster-than-expected and the company has struck its first deal with a movie distributor; access to capital remains the most significant risk.”

The future bodes well for the IT firm from where this bull is standing, as the analyst contends this year should play out well for HMNY: “We expect more distributors and national theater chains will be more open to partnering with MP as its subscriber base is on track to grow to several million in 2018.” 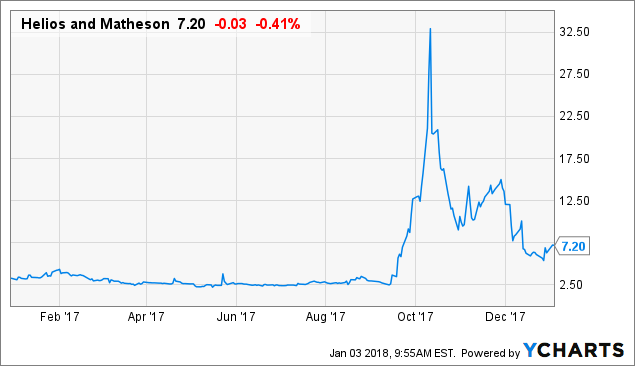