Helios and Matheson Analytics Inc (NASDAQ:HMNY) investors must be thrilled to see this IT player with its hooks in around 62% of MoviePass, a platform in a movie theater market world that allows subscribers to buy a cheap monthly pass for monthly movie screenings, have its majority-owned company shoot past 1.5 million subscribers. Shares have since gone rising 6% today with investor enthusiasm swirling.

Taking under account a skyrocket in year-end subscriber growth as 2017 closed and this month already looking good with subscriptions, Maxim analyst Brian Kinstlinger is out once again making a strong bullish case for this tech stock.

As such, the analyst reiterates a Buy rating on HMNY stock with a $25 price target, which implies a close to 241% upside from current levels. (To watch Kinstlinger’s track record, click here)

“We believe that in the near-term, a rapidly increasing subscriber base is an important data point so that theaters and studios alike are made aware of the leverage MoviePass is building,” the analyst adds, noting that it matters to have added 1.5 plus million, or an extra 500,00 subscribers in a month shows just “how quickly consumers are embracing MP.”

“We believe by year-end, multiple theaters or studios will look to make early deals with MP,” continues the analyst, who notes: “MP has been promoting I Tonya and we believe solid response by subscribers could lead to a performance payment by the distributor, Neon.”

Yet, scaling back cash burn expectations on back of usage assumptions, Kinstlinger explains, “We believe average movie visit per new subscriber is lower-than-expected and membership turnover remains low,” noting that in reaction, “we narrow our operating loss estimates to $91 million in 2018 and $75 million in 2019.”

Looking ahead, the future looks promising overall for HMNY from where Kinstlinger is standing, as the analyst contends, “We expect MP will cross 3 million subscribers by 4Q18 and that several studios and theaters will begin to cut early deals with MP to get favorable terms. We believe as MP’s subscriber base gets to 3 million, theaters and studios will want to leverage the power of MP’s marketing services to its subscribers. In addition, MP can market particular theaters and therefore early partners could negotiate better terms, in our opinion.” 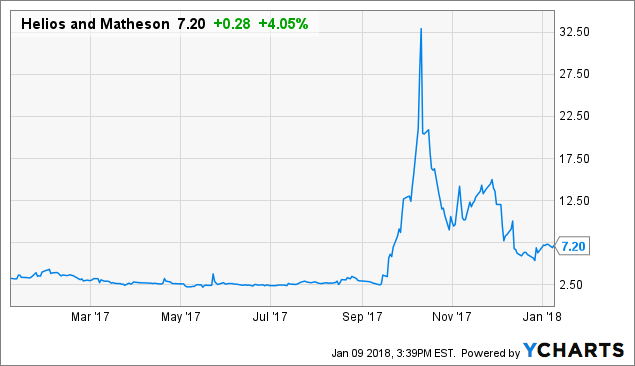