Square Inc (NYSE:SQ) has been Wall Street’s biggest standout of 2017, with shares skyrocketing nearly 260%. The biggest question for investors, then, is whether those gains are likely to continue.

BTIG analyst Mark Palmer came out today with an answer. The analyst downgraded Square shares from Neutral to Sell, while setting a new price target of $30, which reflects a potential downside of nearly 30%. Square shares reacted to the downgrade, tumbling nearly 11% to $43.56, as of this writing.

Palmer commented, “While we have been impressed by the growth that SQ has generated during the past few quarters in terms of both adjusted revenue and gross payment volume (GPV), we believe substantial growth is already baked into its share price and that it is difficult to justify its valuation,”

“Indeed, as SQ ramps up its efforts to promote growth among midmarket sellers – those with more than $500K in annual GPV – we believe it will face an increasing competition from FDC’s Clover and Clover Go as well as others such as Vantiv fighting for larger slices of the middle-market payments pie. While Square Register’s combination of hardware, software and managed payments gives SQ an attractive offering to compete for these larger merchants, we do not view it as providing anything like an economic moat,” the analyst added.

The top analyst is not alone in playing it safe on the payment processing firm. According to TipRanks analytics, 13 analysts are bullish on SQ, while 11 are neutral and one is bearish on the stock. With a loss potential of 15%, the stock’s consensus target price stands at $37.36. 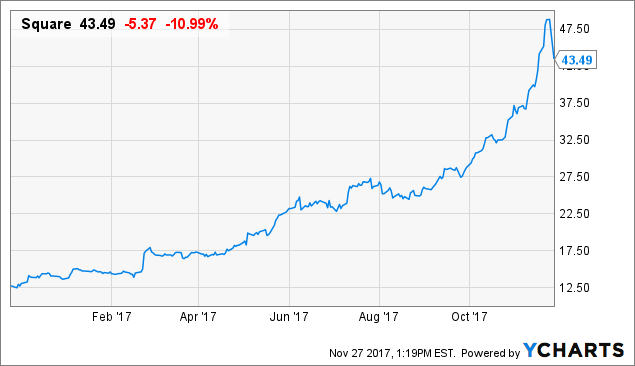 Square (SQ): One Analyst Finally Got off the Fence — but for What?