Shares of the majority stakeholder of MoviePass, Helios and Matheson Analytics Inc (NASDAQ:HMNY), are rising nearly 4% on back of the movie-subscription company’s new promotion. In the year promotion, MoviePass’ new and existing subscribers alike have the option to pay just under $90 upfront, which would yield three free months of movie entertainment, or $6.95 monthly.

Maxim analyst Brian Kinstlinger already sees a subscriber base hovering high between 750,000 to 800,000 for MoviePass and forecasts the compelling promotion could drive subscribers to surpass 1 million by the close of this year.

In reaction, the analyst maintains a Buy rating on HMNY stock with a price target of $25, which implies a nearly 95% upside from where the stock is currently trading. (To watch Kinstlinger’s track record, click here)

In a nutshell, this “would be a major milestone in just four months,” praises the analyst. To the analyst, this shines as a “clear indicator that reaching two million subscribers is not far behind.’ Moreover, every 100,000 subscribers gained with the new plan could translate to a boost of close to $9 million in upfront cash to “finance over usage.” Keep in mind, “Historical MoviePass data shows that under the prior $29.99 per month plan, that in month four, members attended just under one movie per month — meaning over usage subsides,” Kinstlinger highlights.

Improved customer satisfaction at the start of the subscription will soon be underway, as the analyst explains: “Furthermore, the company has finally caught up to the surge in demand and has shipped all cards to new subscribers (due to the demand surge, MoviePass did not have enough inventory of cards to ship quickly).” With members no longer having to dole out extra dollars just to see a movie, usage has shot up to the tune of 100%, according to the HMNY team, so “already, MoviePass’ large subscriber base is having a major impact.”

Kinstlinger concludes his bullish case on a compelling note, asserting, “By speeding up subscriber acquisition, we believe MoviePass’ influence and positioning in the industry is strengthening. In our view it is only a matter of time before studios and theaters alike begin negotiating partnerships.” For the company that owns a majority stake in MoviePass, HMNY benefits from “much faster than expected subscriber growth,” and this analyst expects a gilded road ahead of opportunity. 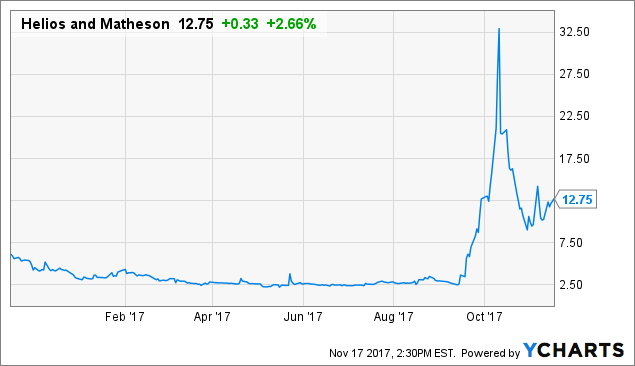