Rosenblatt Hans Mosesmann is out favoring the odds of two of the Street’s biggest chip makers on the heels of meeting with companies and veterans of the industry at Silicon Valley just last week. Sharing insights from the Valley, the analyst is even more bullish on Advanced Micro Devices, Inc. (NASDAQ:AMD) than he is on NVIDIA Corporation (NASDAQ:NVDA). Regarding AMD, the analyst notes that with a shrink tape-out primed for the back half of 2018 for the company’s 7nm Vega graphics processing unit (GPU) line, the company is sharpening its competitive standing against the likes of Nvidia’s consumer GPU portfolio. Regarding graphics cards in a “compute” power play, the analyst is not anticipating a big “move” until next year with the introduction of Vega micro-architecture Navi. Mosesmann calls GPU head Raja Koduri swap from AMD to Intel in a compute-prioritized approach as “interesting;” particularly considering Koduri’s track record being far more to do with consumer GPU “and not compute.”

In terms of computer processing units (CPUs), Mosesmann detects an upbeat stance from the AMD team: “In CPUs we can tell the team is quite confident now that year two of Zen is starting a product cadence that will be formidable to compete with over time given Intel’s stalled-out product/process roadmap. Interestingly, Intel has not made a price move on their official x86 CPU price list. Of course prices may be changing on a customer-to-customer basis but it does suggest a pricing environment is benign.”

Keep in mind, writes Mosesmann, the chip giant seized more than 200 bps on unit x86 CPU market share year-over-year, a play the analyst pinpoints “as a leading indictor for notebooks […] and servers.” Considering that notebooks take up a roughly 60% slice of the PC market, the analyst is quite impressed with AMD. The company’s Zen architecture boasts an upper hand in desktop, but this favor is showcased even more so in notebooks, and the most in servers- especially considering elements of cost, packaging, memory bandwidth, and I/O connectivity.

Regarding fears of Intel’s Meltdown/Spectre security attacks, the analyst commends AMD for looking to be “entirely immune” to these threats thanks to architecture.

“Growth in the Computing & Graphics is not just related to crypto, as feared by some on the street. Management is comfortable with double digit growth in segment for 2018 excluding crypto driven by continued momentum in Ryzen and Ryzen +, and solid positioning in Vega GPUs,” Mosesmann argues.

When it comes to Nvidia, the analyst cheers the company’s strength in GPU as “the deep learning choice.” Here’s why Mosesmann gives Nvidia strong advantage here: “One key reason is CUDA the company’s compute-platform and programming model. Nvidia has deployed thousands of software engineers over the years whose job it is to make sure all top 10 frameworks are supported. This level of framework support, with Nvidia’s installed base and roadmap is simply not feasible by any company that we can tell.”

Long-term, the analyst notes application-specific integrated circuits (ASICs) could become a success in the deep learning playing universe. Yet, in the short-term, Mosesmann believes it is simply “too early to ‘fix’ the hardware” when taking under account such a slew of deep learning frameworks that could require “years to settle on which open sourced varietals will win.”

Though Mosesmann spotlights “a secondary issue for investors” with opportunities down the line for the gaming GPU segment, on an encouraging note: “The case can be made that the gaming GPU business for Nvidia is high growth structurally.” Double digit gains are indeed “possible” here thanks to sustained momentum from eSports as well as battle royale games, which the analyst takes note have yielded more than 80 million net new gamers to the arena; the very gamers that are shelling out dollars in GPU cards.

Ultimately, “The biggest mid-to-long term issue with investors regarding Nvidia’s GPU acceleration, or compute, or AI strategy is the emergence of ‘ASIC’ fixed silicon and/or semi-custom chip solutions such as Google’s […] TPU1/2, Intel’s […] Nervana, and upcoming solutions from privately held Graphcore and Cerebras Systems,” Mosemann concludes. Yet this concern does not sway the analyst from standing tall in the company’s bullish camp. 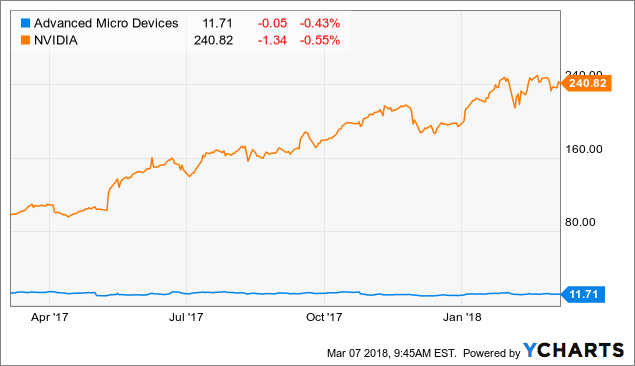