Barclays analyst Blayne Curtis weighs in on Integrated Device Technology Inc (NASDAQ:IDTI) after the analog chip maker reported June earnings that were in-line with expectations, but guided September lower as “Huawei designed SRIO out of its base stations in favor of an in-house custom ASIC.

Curtis believes that, while the company was clear that this is a one-off event, it does affect the SRIO franchise and it could be difficult to backfill such a significant amount of revenue.

The analyst noted, “Beyond this loss, IDT highlighted a bottoming of Memory Interface in June and solid demand in wireless charging and consumer timing, but we continue to have a hard time getting behind those businesses longer term. Net net, a near- term shock to the story and while the company sees a path to recover the lost revenue, we believe the story will struggle to work into the seasonally weaker Dec /Mar quarters barring the outside chance of a wireless charging win in the IP8 next year.”

The company’s CQ2 revenue of $192.1 million was slightly ahead of the Street’s $191 million estimate, driven upward by consumer timing, wireless charging, and mobile sensing products.

From a bearish perspective, the analyst reiterates an Underweight rating for IDTI with a price target of $19.00.

TipRanks shows IDTI as a Moderate Buy, with 80% of analysts issuing a Buy rating for the stock and 20% of analysts upholding a Sell rating. The consensus target price for IDTI is $23.60, marking a 20.65% upside from current share prices. 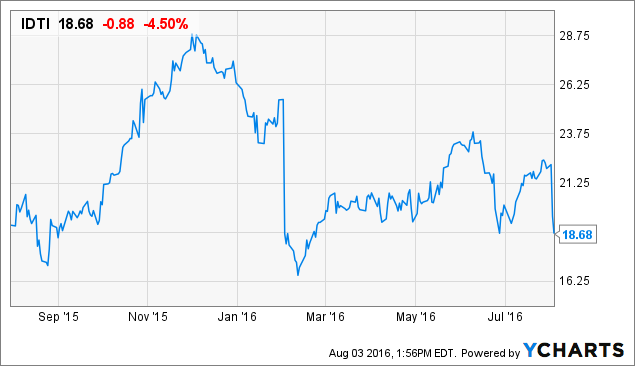