The acquisition first came to light on January 13th, where the company purchased VCS in a $16 million deal, with final terms including a $6.5 million immediate payment with a $9.5 million note from the seller with a payment postponed until March 19th. In reaction, the analyst upgrades from a Neutral to a Buy rating on shares of XGTI while lifting the price target to $3.50, which represents a 102% increase from where the stock is currently trading.

Gibson opines, “We are upgrading our rating to Buy from Neutral for speculative investors willing to assume the risks of a business transformation. We believe the acquisitions of IMT and VCS position the company to generate cash and turn GAAP profitable in the second half this year and beyond.”

Though the analyst was once sidelined on the stock considering operational flaws and a track record of misses, the analyst notes, “In our opinion, xG Technology’s valuation reflects investor concerns about its history of losses; accumulated losses total $201 million through 3Q16 and at year-end 2015, its auditors, Marcum LP, questioned the company’s ability to continue operating as a going concern. With the added revenue and the likelihood of turning cash flow positive, we believe execution is paramount.”

If all goes as Gibson predicts, with a solid execution of the business transaction and transition, he contends, “xG Technology is the sort of business that could sell for several times revenue. However, given the acquisition-related increase in debt and financial risk involved, we believe the correct valuation at this juncture is 80% of 12-month forward revenue.”

As usual, we recommend taking analyst notes with a grain of salt. According to TipRanks, one-star analyst William Gibson is ranked #3,739 out of 4,370 analysts. Gibson has a 38% success rate and faces a loss of 4.6% in his annual returns. When suggesting XGTI, Gibson earns 0.0% in average profits on the stock. 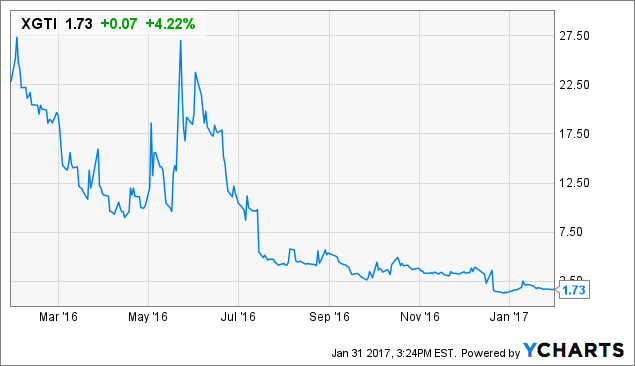