In a research report issued Monday, Maxim Group analyst Jason Kolbert reiterated a Buy rating on Athersys (NASDAQ:ATHX) with a price target of $7.00, as the company announced that it has concluded patient enrollment of its Phase 2 clinical study involving administration of Athersys’ MultiStem(R) cell therapy to ischemic stroke patients.

Kolbert commented, “Initial (90 day) results from the study to be disclosed around the end of the first quarter of 2015. Good data should be transformative for both Athersys, Patients and the Stem Cell field.” He continued, “Our research and channel checks leave us enthused about stroke data in 1Q15. We believe the probability skew is positive for Athersys, and the outcome has the potential to be transformative for both the company and patients.” 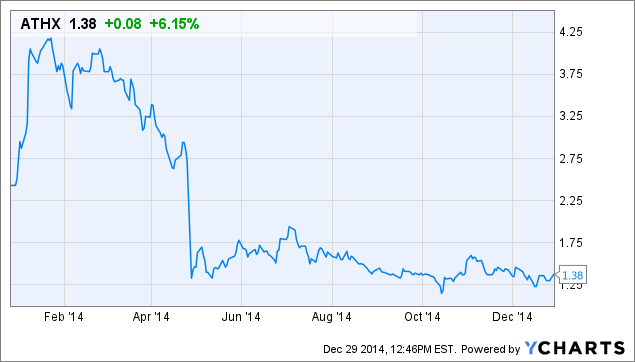