De Maria observed, “Wednesday morning, privately held Tractors and Farm Equipment Limited (TAFE), which is based in India, issued a filing with regard to its existing 8.6% ownership in AGCO. The companies agreed that TAFE could increase its stake in AGCO, buying up to 12.5% of AGCO’s common shares based on the roughly 97 million shares outstanding on December 31, 2013. AGCO has a share repurchase program in place and had roughly 94 million basic shares outstanding, according to the last filing. TAFE also agreed to a new 10b5-1 plan to execute its open-market stock purchases through next year. We note that AGCO also owns part of TAFE and currently holds a 23.75% interest in the company.”

According to TipRanks.com, which measures analysts’ and bloggers’ success rate based on how their calls perform, analyst Lawrence De Maria has a total average return of 4.3% and a 56% success rate. De Maria is ranked #1348 out of 3242 analysts. 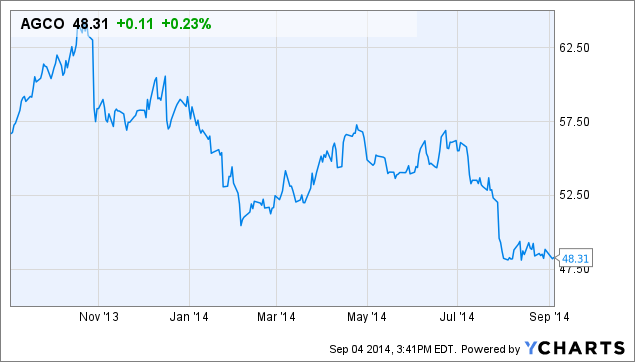