Miller noted, “Walgreens should see improving front-end results heading into fiscal 2015 with CVS Health’s (CVS $80.86; Outperform) decision to exit the cigarette business. As of Wednesday, the company had pulled tobacco product from all of its stores. This should be a boost to Walgreens’ front-end traffic in the coming months, and possibly also a positive for the pharmacy as an estimated 25% of script customers are smokers. Meanwhile, Walgreens has now completely cycled the rollout of tobacco products at the dollar stores, which should now become less of a headwind.” 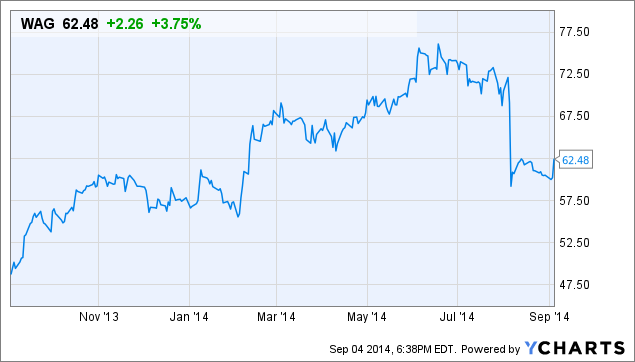